29year-Old-Man, 10 Others Held At Ho Teaching Hospital For Non-Payment 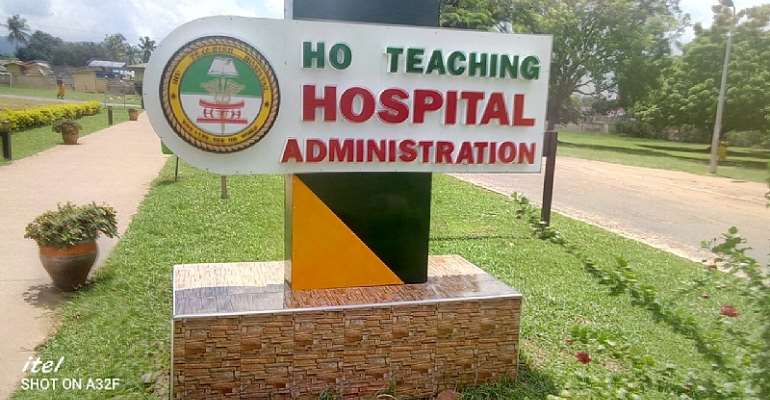 A moment of despair in the lives of many Ghanaians is going to a health facility without enough funds or without being enrolled in the National Health Insurance Scheme. Take it or leave it, the NHIS has been very helpful to a majority of Ghanaians, regardless of their financial status.

The case of Apelete Apawu, a mason and some ten others (names withheld), is not an extraordinary one. Nonetheless, it's a case of concern to us all.

Apelete, a 29-year-old man was admitted into the Ho Teaching Hospital in November last year. Upon arrival, Apelete had his first surgery for perforated intestinal ulcer on the 14th of November and a subsequent one on a later day.

Since his discharge in February 2019, Apelete has remained in the ward, a situation described as 'discharged but in' as a result of his inability to pay off his bills. Out of the Eight Thousand and Eighty-One Ghana Cedis, Thirty Pesewas, (Ghc 8,081.30), only One-Thousand Five Hundred Ghana Cedis (Ghc1,500) has been cleared by his relations.

In an interview at the hospital on Monday, Apelete who has spent 66 days at the facility since he was discharged, narrated his story.

"The pain persisted and I had to come to my hometown, Kpando. I went to the Margret Marquart hospital but was told to come to Trafalgar (Ho Teaching Hospital). I arrived here on November 13th 2018 and had a first surgery on the 14th. I had a second surgery that I can't really remember the date"' he said.

He stated further that after spending about three months in the hospital, he was discharged in February 2019 but has still remained in the ward for not being able to clear his bills.

"I was discharged in February and was asked to pay about Eight-Thousand Ghana Cedis, but there's no way I'm going to get that money to pay. My father is dead and I don't have anyone that would help me pay off my bills. I'm pleading that people with a good heart come to my aid," he added.

Interestingly, neither Apelete nor any of the hospital staff know how soon he would have his bills cleared to be allowed to go home.

Another of such cases is the case of Freeman Nuworkpor, who was attacked on the night of 11th May, by some unknown persons in the Ho Central Market.

Freeman sustained a knife injury and was rushed to the facility for surgery. After treatment, Freeman, also a non-subscriber of the NHIS accrued a total debt of about Thousand-One Hundred Ghana Cedis but has still not left the facility, though having been discharged a week ago.

Further checks from the hospital revealed that there is a total of about 11 persons with the same stories, in the records of the facility.

According to sources at the facility, the department of social welfare and some benevolent individuals have helped in clearing debts of such persons on a number of occasions, when it proved that there was no way the persons could clear the bills all by themselves.