Sudan health ministry says 'no more than 46' dead in crackdown 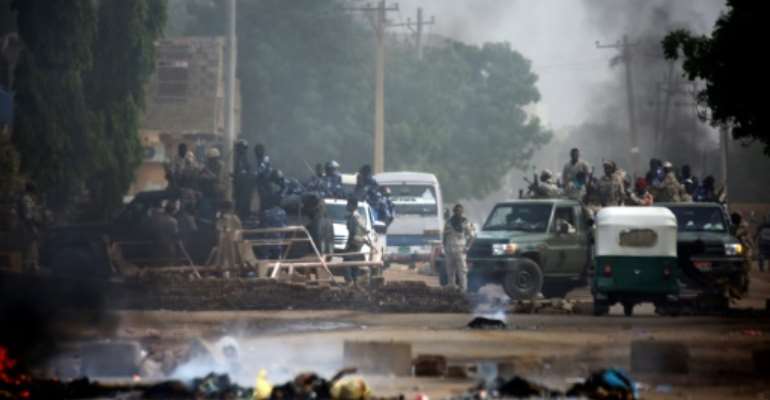 The deadly crackdown by Sudanese security forces on a weeks-old protest camp outside army heaqurters has drawn condemnation of the ruling generals from the UN secretary general, Britain and the United States. By ASHRAF SHAZLY (AFP/File)

Sudan's health ministry has said "no more than 46" people died in a crackdown on Khartoum protesters, far fewer than the 108 dead reported by doctors close to the demonstrators.

"Doctor Suleiman Abdul Jabbar, undersecretary for the health ministry, denied in a press statement what some media had reported about the number of dead in the recent events reaching 100 individuals, confirming that the number was no more than 46," state news agency SUNA reported late Wednesday.

The Central Committee for Sudanese Doctors, which is close to the protesters, said Wednesday that at least 108 people had been killed since paramilitaries moved in on a long-running sit-in outside army headquarters on Monday.

The military ousted president Omar al-Bashir in April following months of protests against his authoritarian rule, but thousands of protesters had remained camped out in front of army headquarters calling for the generals to cede power to a civilian government.

The crackdown on their sit-in was condemned by the UN secretary general, Britain and the United States..

The doctors committee has said it holds the "militias" of the military council responsible for the deaths.

But the country's ruling generals say it was a "clean up-operation" that went wrong and deny having forcibly broken up the sit-in.

Saudi Arabia and the United Arab Emirates, key backers of the ruling generals, have called for a resumption of "dialogue between the various parties".