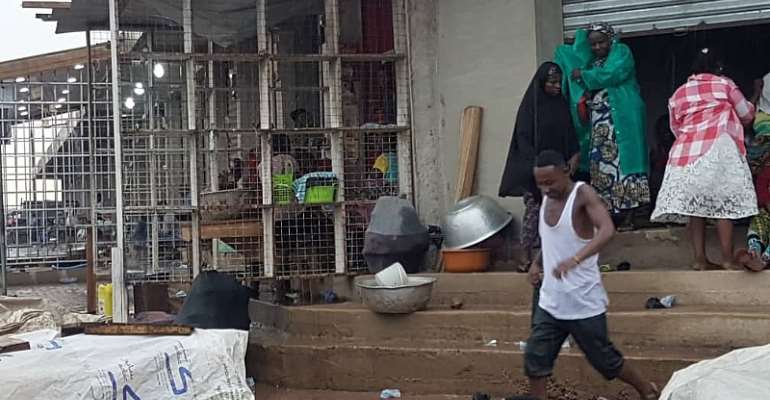 The Petty Traders Association at CMB in Accra has called on Government and city authorities to do something about an uncompleted Storey building posing a threat to people at the CMB market just opposite the Daily Graphic Office.

According to Mr. Ohene Mensah, the Secretary for the Petty Traders Association, the land in question belongs to the Department of Parks and Gardens which they intend to plant flowers around the round-about to beautify the market.

He added that the building has been demolished two times during the previous Mahama led administration but the owner of the said building resumed works on the project.

"The building is a death trap, look! look!! The iron rods used in the concrete and the foundation are all exposed, the whole newly-built building has cracks all over, making it very risky", he said

"This belongs to an individual and the building is a three-storey building on Parks and Gardens land, if something is not done about it then what happened at Melcolm would repeat itself again."

He further alleged that the owner of the said building does not have a permit to build on that reserved land.

The workers at CMB market are worried and afraid that if nothing is done about the building, they might come to market one day and the building will collapse on them.

They, therefore, called on the President of the Republic, H.E Nana Addo Dankwa Akufo Addo and related city authority to come to their aid.