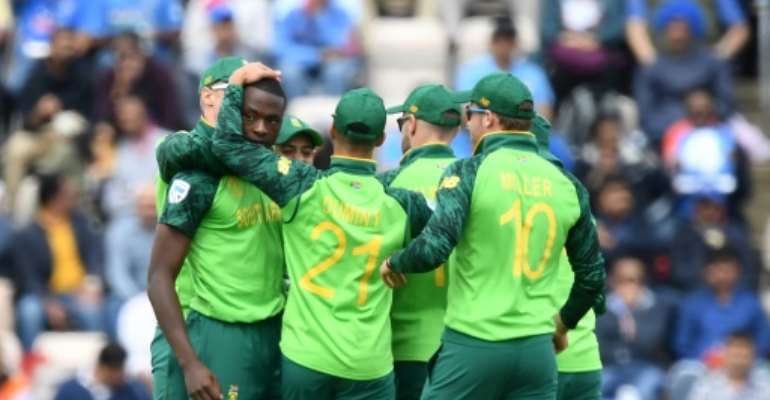 Former South Africa bowler Pat Symcox said major changes were needed to lift the standard of domestic cricket in the country as they slumped to a third straight World Cup defeat against India.

South Africa, who lost their first two matches, to England and Bangladesh, went down by six wickets to Virat Kohli's men in Southampton on Wednesday meaning they have now recorded their worst start in eight World Cup campaigns.

In an interview with The Citizen newspaper before the match, Symcox called for root-and-branch reform of the game.

"We can have a go at the team and the players, but they are probably the best we've got at the moment, and they're only products of the system," said Symcox.

"I have no confidence in the system or the production line any more and this can't be turned around by one or two players."

As South Africa headed for defeat, Symcox acknowledged that injuries to key bowlers Dale Steyn and Lungi Ngidi had hurt their chances.

But he said South Africa's batsmen had failed by scoring only 227 for nine after batting first.

"If your batters don't score enough runs it makes no difference who your bowlers are on flat pitches...you will lose to good teams," tweeted Symcox.

"Let's not put all the blame on the players," he posted on Facebook.

"it's our system which is at fault. The players who took the field were the best available."

There were pockets of optimism. Former international spin bowler Paul Adams tweeted: "It's on to the next game... and they will need six out of six to try and qualify for the knockouts."

Dave Nosworthy, a former provincial player and franchise coach, called for the players to step up and be counted.

"Frustration for sure - BUT the good news is that the @OfficialCSA team can surely not get any worse - & they're STILL not out of it! Plenty of areas to address & clearly not gone to plan, and it is NOW when a few can really make proper names for themselves..." he tweeted.

"Not a good look when the Proteas captain, having said the previous day that the team are looking to him to lead, does not face the media after a third successive loss," tweeted journalist Ken Borland.

South African-born former England player Kevin Pietersen could not resist needling some of his South African friends, anticipating England's end-of-year tour of the country of his birth.

"Not sure what's up with SA cricket," he tweeted. "They have to improve or there'll be three-day Tests when England turn up later in year."

South African supporters were harsh in their criticism. One tweeted that the cricketers had replaced the 2003 rugby Springboks as the worst team to represent South Africa in any World Cup.

And the team's fielding was ridiculed. "The fielding has turned Under-15 B," tweeted journalist Rob Houwing. To which fellow reporter Khanyiso Tshwaku responded, "Give Under-15 B some respect."