‘At least 100’ protesters killed in Sudan by Janjaweed as reports of rapes emerge: civil society 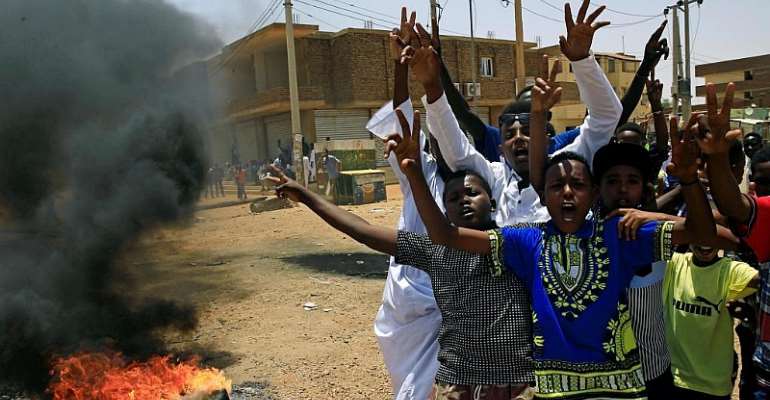 Some 100 protesters were killed during the military and paramilitary attack on sit-in participants on Monday, not 60 people as previously reported, after a civil society group said at least 40 bodies had been pulled from the Nile and taken away by security forces.

“Forty bodies of our martyrs have been retrieved from the Nile river yesterday. They were taken in pickups belonging to the Janjaweed militias to an unknown destination,” according to a statement the activist Sudan Doctors' Committee (SDC) released on Wednesday.

The number has not been able to be confirmed independently, but eyewitness accounts reported and posted on social media corroborate the claim that the injured and dead had been thrown into the river.

Protesters fear that the death toll could rise as a number of people still have not been accounted for.

Activists have pointed the blame at the Rapid Support Forces (RSF), also known as the Janjaweed, a group of paramilitaries known for their brutality, and human rights violations, previously in Darfur.

RSF has been named for a number of deaths in the capital after the military breakup of the sit-in, including 10 people who were killed on Tuesday. The SDC said two were killed in Khartoum, three in neighbouring Omdurman, and five more people killed in White Nile state as protests continued around the country.

Reports of rapes by RSF have emerged, namely rapes by Janjaweed in a hospital close to where protesters were being treated during the sit-in.

Protesters organized by the Sudanese Professionals Association are calling for the military to hand over power to civilian rule. The military took over after strongman Omar al-Bashir was overthrown in April.

The current leadership, the Transitional Military Council (TMC) is led by General Abdel Fattah al-Bourhan and deputy Mohamed Hamdan Dagalo, also known as 'Hemeti', who is also the RSF commander.

The TMC had promised to negotiate with opposition groups and make a transition to civilian rule within the two-month African Union-imposed deadline.

“The decision to unleash violence against peaceful protesters is absolutely unjustified and unlawful, and a slap in the face for those who have been pursing dialogue to achieve a handover to civilian government,” said Jehanne Henry, Associate Africa Director at Human Rights Watch.

The opposition ended talks after the sit-in was dispersed with deadly force on Monday. Bourhan announced on Tuesday that elections would be held within the next nine months.

More reports of opposition arrests are coming in. The Sudan People's Liberation Movement-North said that their deputy head Yasir Arman was detained in Khartoum on Wednesday.

A spokesman for the Sudanese Professionals Association reiterated the call for protests.

“We will continue in our protests, resistance, strike and total civil disobedience,” said Mohammed Yousef al-Mustafa.