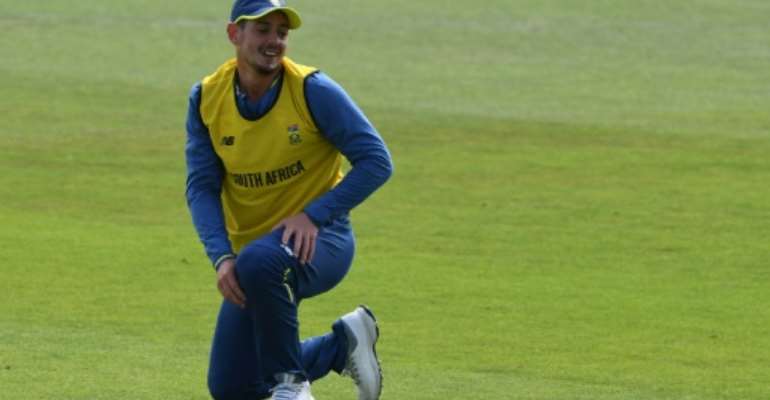 De Kock was airborne as he flew towards first slip to grab the ball, which flew off Kohli's edge from a rising delivery by paceman Andile Phehlukwayo.

Kohli returned to the pavilion to stunned silence from a large crowd dominated by Indian fans.

It is the first time that Kohli has not started the World Cup with a century after reaching triple figures in his first matches of the 2011 and 2015 editions.

The stunning effort from De Kock though is unlikely to change the Proteas' fortunes as India look set to chase down their modest target of 228.

But the brilliant effort will give Ben Stokes competition.

The English all-rounder took a spectacular one-handed catch in the outfield during his team's win against South Africa in the tournament opener last week.