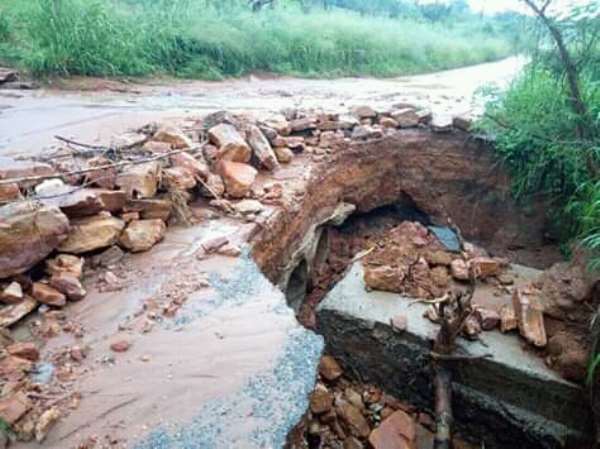 Several years after giving out their land for the construction of the Akosombo Dam, residents of Akwamu Adjena, Adumasa, Gyakiti and other surrounding communities in the Asuogyaman District are still battling with development.

The road network from Akosombo to those communities has become a death trap to road users.

The first President of Ghana, Osagyefo Dr. Kwame Nkrumah relocated residents to their current location to pave way for the construction of the Akosombo Dam to produce electricity for the country.

Even though sources indicate the relocation was to come with certain benefits, it seems to have been abandoned several years after the death of Dr. Kwame Nkrumah.

Traditional rulers, with the support of residents over a decade ago, staged a massive demonstration in demand of their privileges but yielded no result.

Speaking to this reporter, some drivers and passengers complained about the challenges they endure in plying the 30-minutes stretch blaming successive governments for failing to construct the road despite several appeals to authorities.

According to the aggrieved residents, the situation is alarming as the poor nature of the road deter drivers from plying the road whiles some drivers charge exorbitant fares knowing very that passengers do not have any other choice than to pay.

"The current NPP government then in opposition promised to tar the road for us but over two years in power, we have not seen any action of work on the road.

"We are not going to allow that deceit again in 2020 because we've been neglected for so long," a resident narrated.

The communities, apart from its poor road network also lacks portable drinking water, proper health care as well as teething unemployment forcing the youth to migrate to other areas to seek for greener pastures.