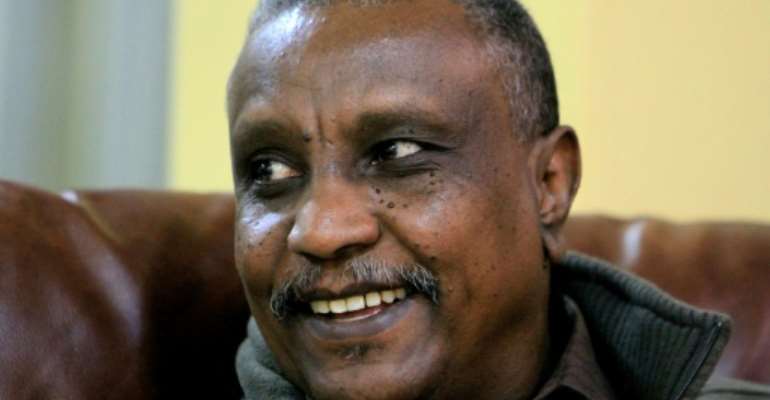 A senior Sudanese rebel leader who returned to Khartoum to take part in talks with the military was detained Wednesday, a spokesman for his movement said, following an army crackdown on protests.

Yasir Arman, deputy chief of the Sudan People's Liberation Movement-North (SPLM-N), was seized from the house where he was staying in Khartoum by armed men who arrived in pick-up trucks and surrounded the building, the spokesman said.

"They took him without clarifying to us the place (they would take him to) and said they were from the National Intelligence and Security Service," Mubarak Ardol said.

The spokesman charged that the armed men "beat" Arman and his assistant and destroyed surveillance cameras outside the house.

Arman returned to Khartoum on May 26 to take part in talks after the ouster of president Omar al-Bashir in April following months of mass protests against his authoritarian rule.

The SPLM-N's armed wing had battled Bashir's forces in the Blue Nile and South Kordofan states since 2011.

"This is outrageous. We need confidence building now. Not further escalation," Irfan Siddiq tweeted, calling for his release.

Arman's detention came after a doctors committee close to the protesters said 60 people had been killed in a two-day crackdown on protesters by security forces.

Following Bashir's ouster, the SPLM-N had ordered a three-month suspension of hostilities in Blue Nile and South Kordofan states.

Both states lie on the border with South Sudan which seceded from the north in 2011.

Fighting resumed in both states within months of the south's independence, and the brutal conflict has since claimed thousands of lives.

The SPLM-N was the northern arm of what is now the ruling party in the south and has allied itself with the protest movement that led to Bashir's overthrow.

Doctors threaten strike from October 1 over arrears
40 minutes ago