Protests in Chad over threat to re-introduce military courts 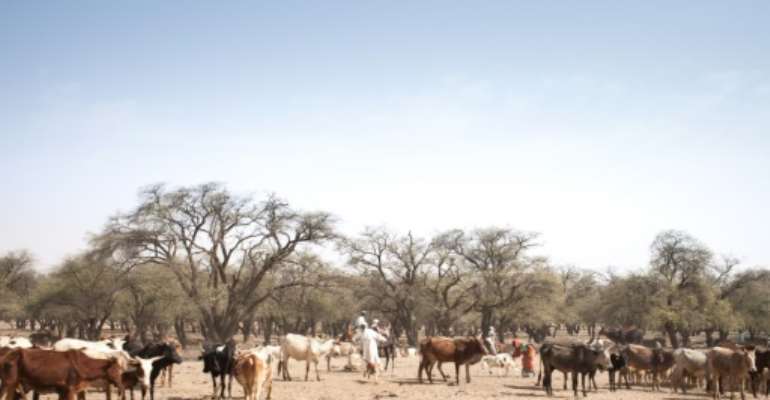 Tensions between farmers and herders in Ouaddai, eastern Chad, have spilled over into violence, claiming dozens of lives.. By Amaury HAUCHARD (AFP)

Opposition parties in Chad on Wednesday denounced President Idriss Deby Itno after he hinted that military courts may be re-introduced in a bid to curb ethnic violence.

Deby said Tuesday he was concerned about tit-for-tat violence in the escalating conflict between herders and farmers -- tensions that are familiar in other parts of the Sahel.

"We absolutely must end this inhuman cruelty," he said in a speech in the capital Ndjamena.

"All options" are on the table, including "introducing military courts," Deby said.

Saleh Kebzabo, head of the National Union for Development and Renewal (UNDR), said "intercommunity conflicts are growing more and more."

Deby's remarks are "proof that [he] is unable to run the country without turning to exceptional laws... it's the proof that the current regime is at the end of the road."

Mahamat Ahmat Alhabo of the Party for Freedoms and Development (PLD) said Deby, 66, had been in power for almost 29 years.

"(He) has been unable to bring peace and security to Chad," he said. "Deby should blame himself -- it's the failure of his governance."

Eastern Chad is in the grip of a cycle of violence between nomadic camel herders -- many from the Zaghawa ethnic group from which Deby hails -- and sedentary farmers from the Ouaddian community.

Military justice, applied to civilians as well as the armed forces, was abolished in Chad in 1993. In 2016, the country also scrapped the death penalty, except for "terrorism."

Deby's Patriotic Movement of Salvation (MPS) defended the president's remarks, saying the judicial system had failed "to deter some of our fellow citizens from expressing their hatred through violence."