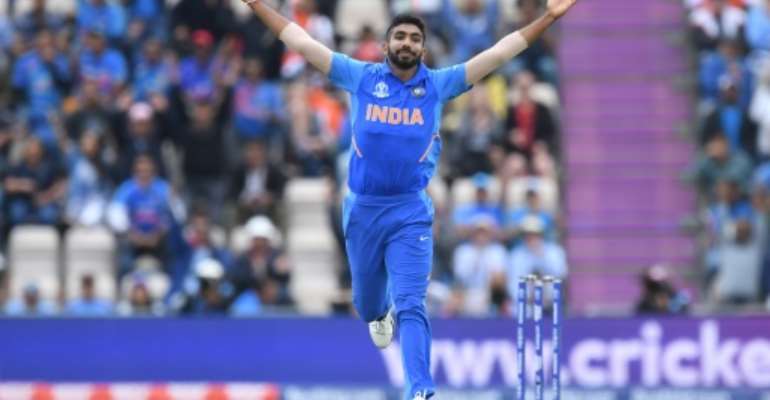 Paceman Jasprit Bumrah struck early to dismiss both South African openers as India took control of their opening game of the World Cup on Wednesday.

Bumrah, the world's top-ranked one-day international bowler, had the ball darting around on a cloudy morning in Southampton as he sent back Hashim Amla for six.

Amla, who missed South Africa's previous match against Bangladesh, defended a delivery with extra bounce from Bumrah but got an outside edge that was caught at second slip by Rohit Sharma.

Bumrah then struck again in his next over, with Quinton de Kock, who made 10, edging to skipper Virat Kohli at third slip as South Africa slipped to 24 for two.

The Proteas were 34 for two at the end of 10 overs -- the worst start in powerplays by any side in this edition of the 50-over tournament -- after electing to bat first.

The Faf du Plessis-led side, who desperately need a win after losing their first two games, have been hit by a spate of injuries.

Paceman spearhead Dale Steyn made an early exit from the tournament without playing a game.

India, among the tournament favourites, are playing their first game in the round-robin event that concludes on July 14 in London.