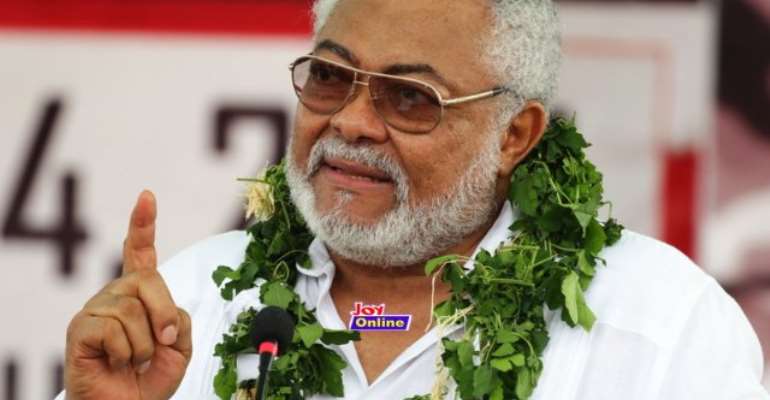 Alhaji Ibrahim later took the matter to court and was subsequently awarded a GH¢6.13-million judgment debt which was then paid by the Prof. J. E. A. Mills administration in 2009.

God is not a respecter of unlawful acts

But addressing supporters to climax the 40th anniversary of the June 4 Uprising yesterday, Mr. Rawlings said Alhaji Ibrahim “is in no position to forgive anyone or anything, not even the bush rat in his hometown. God had nothing to do with unlawful structures; neither did he have anything to do with enforcing the law. Governments appear to exercise no restraint when it comes to breaking down poor people’s structures in watercourses or unauthorized areas”. 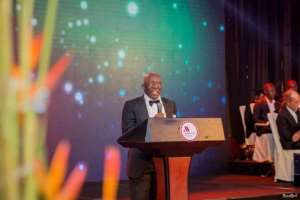 Alhaji Yusif at the launch of a book about the struggles in his life
Contrary to Alhaji Ibrahim’s belief about why his hotel was demolished, Former President Rawlings said, “...a couple of months ago, my name was all over the news as one Alhaji Yusif reportedly forgave me for the demolishing of his hotel because he believed I thought he co-owned it with Sam Jonah and also that he was financing an opposition party. Far from the truth.”

He continued, “...in the first place, he is in no position to forgive anyone nor anything or even the bush rat in his own hometown.”

The former President further emphasized that the indiscriminate use of his name by Alhaji Ibrahim would not bring him any sympathy, citing the location of the hotel as the reason behind his call for its demolishing.

“God has nothing to do with unlawful structures, neither did he have anything to do with enforcing the law. Governments appear to exercise no restraints when it comes to breaking down poor people’s structures in watercourses and in unauthorized areas. Big people, however, seem to be above the law and are untouchable,” Former President Rawlings added.