Rawlings Is A Hypocrite – Ndebugri 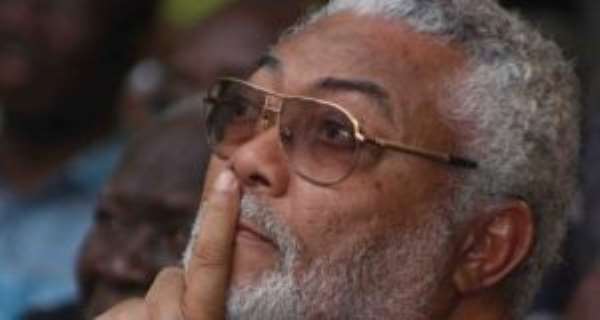 Lawyer John Ndebugri has described as delusional and hypocritical former President John Rawlings' call for a review of the indemnity clauses under the transitional provisions of the 1992 Constitution.

Mr. Rawlings surprised many when he called for the removal of indemnity and transitional clauses from the constitution during the commemoration of the June 4 uprising on Tuesday.

He said there were too many indemnity clauses that do not serve the national interest in the constitution.

“Over the years the indemnity clauses have emboldened certain characters to abuse their offices and profit themselves. The constitution of the Fourth Republic was created by us, for us and to serve us, and in light of the 25 years, there is an unqualified need to reform or rewrite our current constitution. An urgent constituent assembly ought to be established with the necessary powers to rewrite the constitution.”

Notably, most of the clauses in this regard pertain to the Provisional National Defence Council, which came to power.

Mr. Ndebugri suggested Mrt Mr. Rawlings may be making such a call now because he thinks “the time for accounting is over and I think that he is deluding himself.”

He even suggested that these clauses were “smuggled in” by Mr. Rawlings at the time when the 1992 constitution was being drafted.

But Mr. Ndebugri surmised that Mr. Rawlings’ call was “borne out of crass ignorance” because there is no constituent assembly to take on his proposal.

“Unless he wants to mount another coup against president Akufo-Addo and then rule for a few days and then set up a constitution drafting commission again and then they will draw up a draft constitution and put if before a constituent assembly.”

The lawyer recalled that Mr. Rawlings could have made such proposals when the constitution was reviewed under President John Atta Mills in 2011.

“Why didn't he present a memorandum and say that the indemnity clauses should be removed?”