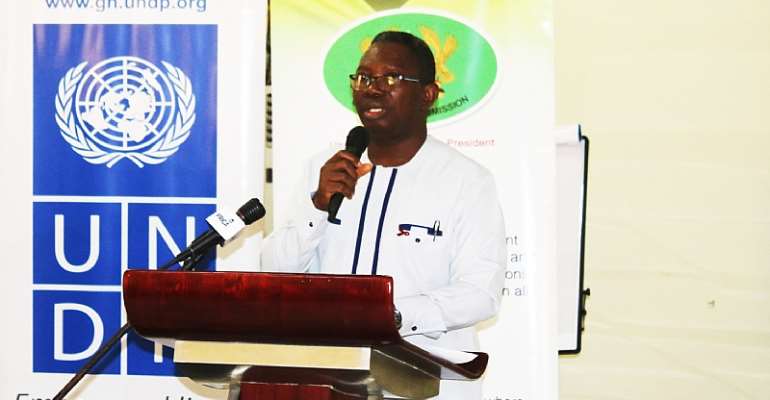 This was disclosed by the acting Director General of the Ghana AIDS Commission (GAC), Mr. Kyeremeh Atuahene at a training organized for journalists who report mainly on health in the Central region.

He further called on journalists to use their medium to educate people, reduce stigma, and encourage behaviour change.

"I encourage you all to use your reach and influence to give people the information they need to protect themselves from HIV, educate them on the treatment in case they are infected with the virus and help reduce stigma and discrimination," he noted.

According to him, HIV has no cure but the virus can be suppressed with the anti-retroviral which is a scientifically proven therapy.

On his part, the Cape Coast Metro Health Director, Dr. John Oto also disclosed that Central region with a population of over 3 million, has over 26,000 persons living with HIV.

However, the health service, according to him, has been providing anti-retroviral treatment to only about 68.2% of these persons living with HIV.

Dr. Oto emphasized that the media has more work to do to sensitize and educate people in order to achieve the National HIV and AIDS Strategic Plan (2016-2020) with the goal to end AIDS by 2030.