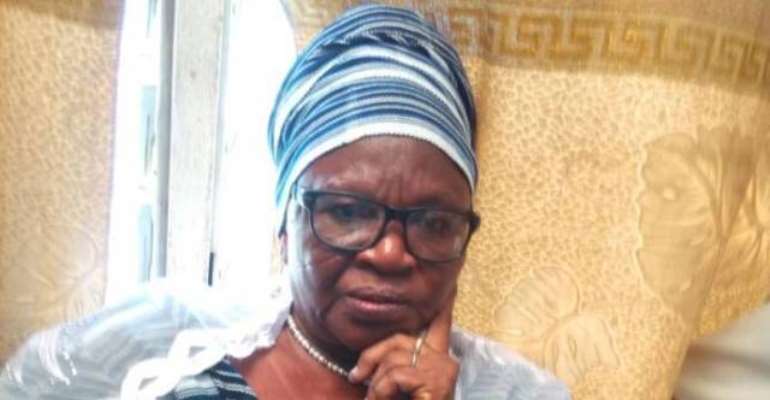 A youth group calling itself, Bawku Concern Young members of the New Patriotic Party (NPP) in Bawku Municipality, have called on President Akufo-Addo and the national leadership of the party to disregard calls for the removal of the Municipal Chief Executive (MCE) of the area, Hajia Hawa Ninchema.

According to the Youth, there are unseen hands within the party that are using the assembly members to oust the MCE simply because she refused to be used for things that would get her involved in corrupt acts.

Some assembly members have petitioned the President through the Regional Minister, seeking the removal of the MCE, on grounds of corruptions and other issues related to the procurement of ambulance for the residents by the MP, Mahama Ayariga.

The petitioners claimed, Hon Hawa who is also under investigation by Office of the Special Prosecutor has undertook some decisions without the approval of members of the assembly.

But without mentioning names the NPP Youth in a press statement signed by three of their leaders including Seidu Issah, Ayam Abdulai and Malik Ayambila, said, the petition against the MCE is bogus and without merit whatsoever to stand the test of law, adding that, the allegations were born out of the disappointment those unseen hands had failed to use the MCE to act to their whims and caprices.

The claims against the MCE, they stated, are simply self imaginative that lacks substance and that, "there is no iota of evidence of any relevant value to such accusations. They are simply born out of sheer personal vendetta, mischief and well calculated scheme to accomplished an ill-conceived motive."

"The fact that one is a subject of investigation does not make her guilty this is trite law and the so called petitioners should know better. Its public knowledge that, the MP honourable Mahama Ayariga has been charged by the special prosecutor and standing trials in that regard or issue," the NPP Youth added.

They further indicated that such allegations against Hon, Hawai are diversionary tactics from self-seeking members of the ruling NPP to thwart the development of the area.

Hon Hawai, the youth said has brought development to Bawku since she was confirmed as MCE and has since played her motherly role in the municipality to bring all persons of political divide together.

"We are very grateful for her motherly role and all the developmental policies we currently seeing in Bawku, including the numerous dams, road network, irrigation facilities and how communities are enjoying good drinking water through the drilling of numerous boreholes across the constituency under her leadership."

The group described as parochial and selfish, calls for the removal of the MCE, saying "the NPP Youth in Bawku Central are solidly behind the MCE and therefore will resist any group or individuals attempting to thwart her efforts.

"We wish to sound loud and clear, that we will not fold our arms as youth to allow injustice to be perpetrated on honourable Hawa Ninchema. We appreciate her limits efforts as peacemaker and her crucial role in sustaining the peace that, we are currently enjoying in Bawku.

"We cannot allow few capricious elements to deny us of her services. History has clearly shown the leadership style of female appointees in Bawku and how they have positively impacted the lives of the residents. Honourable Hawa Ninchema is not an exception," they vowed.