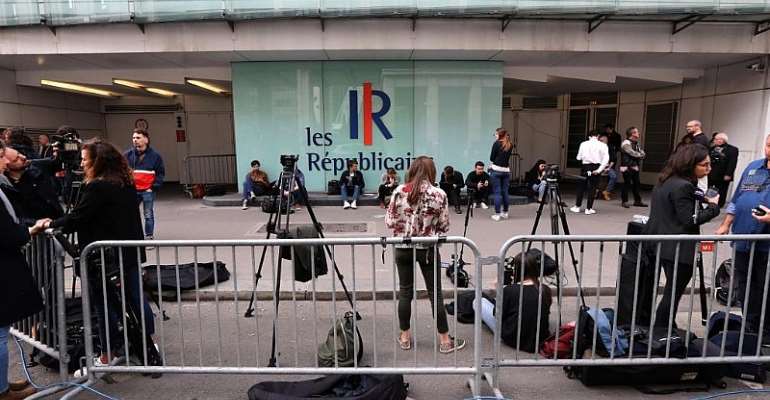 Politicians from France's mainstream right party, Les Républicains, meet on Tuesday to discuss the way forward after their worst ever European elections result.

On Sunday, party leader Laurent Wauquiez quit, taking responsibility for the dismal 8.5 percent in the EU elections, which left the party of former president Nicolas Sarkozy in fourth position.

The figure was especially disappointing because opinion polls had predicted a distant 14 percent, which created a brief mood of optimism in the party during the campaign.

So what went wrong?
The candidate
Xavier Bellamy, a 33-year-old philosophy lecturer, was the face of Les Républicains (LR) in the election.

His nomination drew initial scepticism from certain quarters, seen by some as representing outdated, traditional family values. But for others, that was his appeal.

He made no secret of being personally opposed to abortion – though he said he had never imagined trying to influence Républicains policy or French law on the matter.

He was, however, a skilled debater and his polite, reasonable style earned him praise during the campaign in an age of shouty, sometimes vicious politics – an almost gentle image at odds with an angry France still struggling with the Yellow Vest revolt.

It's a reservation that was voiced early on by some Républicains MPs, which is now re-surfacing.

The issues
The outgoing LR leader acknowledged that environmental issues were almost completely absent from the party's campaign.

"It was a mistake,” Wauquiez told Le Figaro magazine.

He told the newspaper on Tuesday he believes that ecology is at heart a right-wing issue, and Les Républicains must offer strong green policies.

Numerous voices within the party, including the leader of the Paris region, Valérie Pecresse, maintain the campaign focused too much on issues around immigration and not enough on the economy.

But for Philippe Braud, professor emeritus at France's leading institute for political science, Sciences Po, the problem is simply “political space in which to exist”.

He maintains there are not enough voters in the area between the far-right National Rally, Marine Le Pen's former Front National, and Emmanuel Macron's La République en Marche.

He notes that Macron's Prime Minister, Edouard Philippe, himself a former LR member, is pursuing right-wing economic policies and so attracting many right-wing voters who prioritise such issues.

However, the future is not all gloomy for Les Républicains, according to Philippe Braud. He reckons the party will stage something of a recovery in the local elections in 2020. They have a network of serving mayors and local councillors, and at local level, he says, sitting candidates usually have the advantage.

W/R: Five wounded after residents of Ampatano and Kamfakrom ...
43 minutes ago