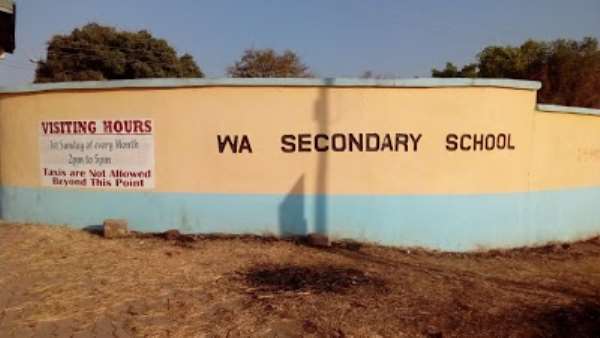 Francis Assibi-Abu, a parent to Lord Assibi, a student of WA Senior High School, has debunked claims of death threat was published by Joy News reporter Rafiq Salam on May 29, 2019.

“I never knew protecting my child was a death threat. I went to the school to clarify issues and to see things for myself but not to warn or issue death threat to people. My child’s life is very paramount to me as a parent and nothing will change that fact," he intimated.

According to Francis Assibi-Abu, a colleague of his sent him a link to a story which was misrepresented by Joy news WA correspondent, Rafiq Salam.

“The teachers have been intimidating lot of students in the school, which unfortunately my little boy happens to be a victim. His first year in WA Senior High School, met him with stiff punishment through one Mr. Kasim and Mr. Carlos that assigned twelve (12) cadets students, to pick 4 students around 12 am, assaulted them till they bled profusely. These students, which my son was obviously part, went around the master’s bungalow asking for help but to no avail," he stated.

Mr. Assibi continued, “The following day, my wife went to the school to find out what really happened, she was advised to pick a police medical form before sending the students to the hospital. The school then tried to intervene by asking Mr. Kasim (the same teacher who conspired with the school cadet to molest the students) to accompany these 4 innocent students that were massively beaten the previous day to the University Development Studies (UDS) hospital where they treated and discharged."

In furtherance, Mr. Francis Assibi disclose that, he personally gave mobile phone to his son, so he could monitor his movement in school. But unfortunately, Mr. Kasim seized the phone which led to the severe beating from the school cadet.

Mr. Francis who didn’t seem to understand why 4 out of 150 students who were also culprits of the same act, went on to reveal that, it was absurd for the Headmaster to think that, since his office was broken and saw a note insisting that, they need their phone now and for that matter it was these 4 students who did that.

He emphatically stated that he neither warned nor issued a death threat to anyone in the school and that it’s a false allegation which needs no attention.