How a Warmer Climate can mean a poorer people. 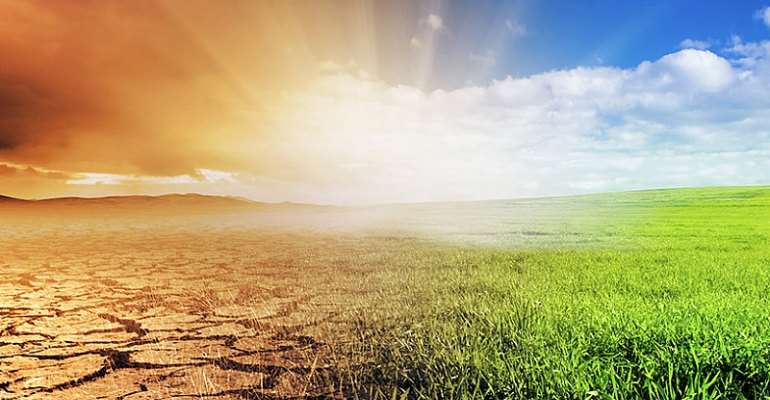 Also, of the world’s 28 poorest countries, 27 are in SSA, with poverty rates all above 30% of the respective populations.

Some reasons identified for these worrying statistics include conflicts and political instability, corruption, and illiteracy rates, aside these, there is strong evidence pointing to climate change and global warming as a contributing factor in increasing poverty in the SSA.

Climate change accounts for increase in aridity or dryness of arable lands for farming, and also decreasing viability of same, going a long way to affect livelihoods of the largely smallholder farming population in the region.

In her words “our climate is changing and the impact will be felt hardest by the millions of poor and vulnerable people in the world” the then CEO of the World Bank, Georgieva Kristalina summarised the ordeal a warmer world will as we see now, put the world’s poor through. With each degree Celsius increase in global temperature, water as a primary resource of agriculture will become more and more scarce. Floods, decreasing economic opportunities in agriculture, increased pest activity are areas in which impacts shall be hard hit.

SSA accounts for 60% of the world’s arable land but uses only 43% it’s arable land with rain fed potential (FAO). For a region which is heavily agriculture-dependent, as high as about 30% share in GDP, and with high segments of its population into small holder farming, disruption rainfall patterns lead to high incidence of crop failure and hence low food security; a causative factor of poverty.

With climate change, Africa will see an increase in crop pests and disease in addition to altered soil fertility. (FAO, Climate Change in Africa; The threat to Agriculture, 2009). This can be attested to by the recent increase in the activities of Fall armyworms in many areas of Ghana. Several acres of maize was affected, sending many small holder farmers into poverty. This is so because most of the farmers access loans from family and friends and to some extent microfinance institutions to finance their farms.

In SSA, poor infrastructure, inadequate governmental policies to ready the population against the risks of natural disasters, and lack of good climate financing makes poor people more susceptible to the impact of natural disasters such as flooding, increase sea tide among others. It was in the news recently how indigenes of parts of Anlor and Keta were forced out of their homes due to the sea tides “encroaching” on their settlement.

Finally as a cause of poverty, conflicts over limited natural resources is also a factor that pushes a good number into poverty. Climate change ensures limitations in some important natural resources such as water, forests and arable land. For instance, the recurring conflicts between some indigenes of some parts of Ghana and nomadic herdsmen can largely be traced to the availability or absence of fodder to feed livestock.

It’s evident that the role of global warming and climate change cannot be overlooked, as it is an important determinant of poverty rates. It’s important that Governments and other stakeholders take advantage of the many resources at their disposal from international organizations in the area of Climate finance and adaptation to help alleviate the plight of the suffering poor.

This is instrumental in the attainment of the most important SDG, Extreme Poverty eradication by 2030.