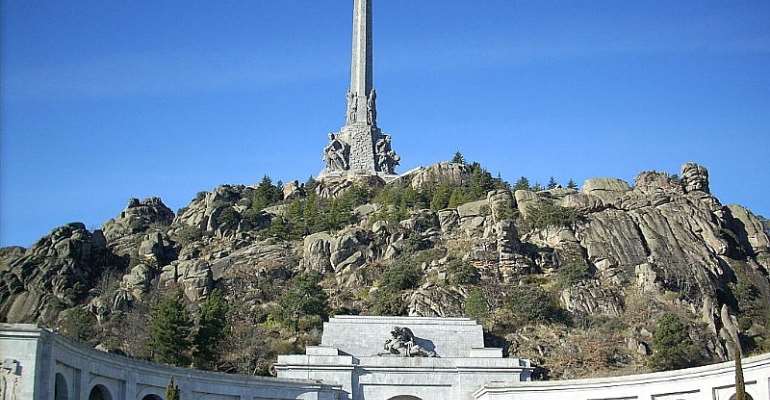 The Supreme Court in Madrid has unanimously ruled to suspend the exhumation of former dictator Francisco Franco, ahead of the scheduled date of 10 June, as planned by the Socialist government.

The temporary court injunction was handed down after the family of Franco objected to moving his body from Valle de los Caidos, an opulent mausoleum carved out of a hill, built by Franco in the 1940s, to a more modest location.

The court said in a statement it had decided unanimously to suspend the exhumation to avoid "harm" that could be caused if a court later ruled in favour of the family.

Prime Minister Pedro Sánchez, the head of the Socialist party, wanted to change Franco's grave in an effort to avoid glorifying fascism. In 2005, the Socialist government removed the last Franco statute from Madrid.

The quest to erase, or diminish, Franco and his legacy continues in other ways. In May, a Spanish town that paid tribute to the dictator in its name, Guadiana del Caudillo, was set to change its name. “El Caudillo”, or “the commander”, was one of his titles.

Franco visited the town in 1951, which was only a construction site at the time. A plaque with a Francoist symbol commemorating his visit still stands at the entrance to the town of 2,500 people.

This was another Socialist initiative after Socialist party candidate Francisco Moreno defeated the far-right Vox party. The previous Vox mayor refused to take down the Franco symbols and the municipality was cut off from regional funding.

Franco's rule from 1939 to 1975 saw tens of thousands of people killed and imprisoned across the country in order to quash dissent. Half a million people, including leftist Republican fighters and civilians, died in the Spanish Civil War from 1936 to 1939.

Election 2020: Challenging My Opponent's Identity Will Not S...
26 minutes ago