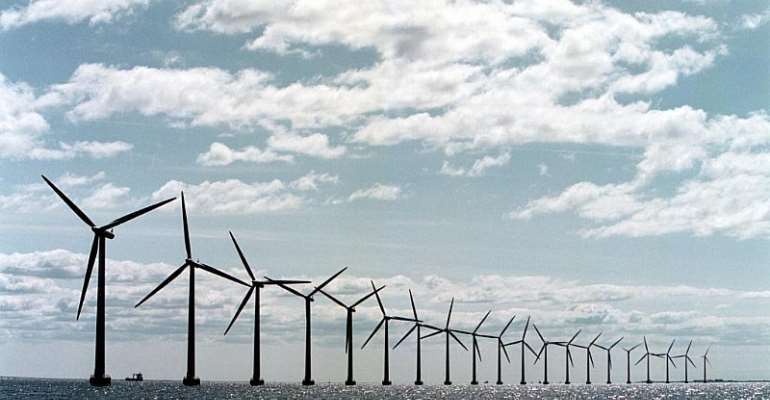 The world's biggest companies estimate the risks posed by climate change could cost them US$1 trillion (around 890 billion euros) over the next five years – but say the opportunities of a green transition far outweigh the risks.

In a report published Tuesday by the international non-profit CDP, which tracks corporate climate disclosures, 7,000 firms across a range of industries came clean to their investors about the potential impacts of climate change on business.

Respondents included three-quarters of the world's wealthiest 500 companies – from tech and mining companies to European banks and investment firms.

“The goalposts for climate action have never been clearer for companies,” says lead author Nicolette Bartlett, head of climate change for CDP. “Our analysis shows there are a multitude of risks posed by climate change.”

Greater transparency in Europe
Companies with headquarters in the European Union were more likely to report on the potential risks and opportunities posed by global warming than companies in Asia and the Americas.

“US headquartered companies are not quite up to the level of the Europeans,” says Bartlett. “This is because Europe has had significant policy frameworks come into place with market changes in the clean energy space and electric vehicles, etc.”

CDP was surprised to find that US companies weren't reporting more physical risks associated with climate change, given the extreme weather events the country has faced.

“The US has suffered some significant financial losses as a result of natural catastrophes over the past two years, but that isn't yet coming through,” Bartlett says. “I would have investors and stakeholders monitoring that for the future.”

Elsewhere, Chinese companies are reporting more to the CDP, while Indian and Japanese companies were learning to be “more transparent”.

The biggest admission of risks came from the financial services industry: banks, investment funds, insurance companies. Bartlett says companies in this domain tended to be the most vocal in reporting risks. They also count among the wealthiest companies.

“The financial services are doing more risk and financial impact assessments … and we're seeing a trend towards more transparency,” she says. “In some other sectors, calculating risk in dollars and euros is a new development and they're having to learn ways to do that.”

As well as the physical impacts of climate change, which can mean losses of assets or losses in supply chains, potential impacts on companies include “transitional risks” – or higher operating costs associated with changes in the market.

These could be compliance costs related to policy changes – carbon taxes for example. Add to that changes in consumer preferences, the shift to new technologies – and the potential for “stranded assets”, such as fossil fuels that no longer offer economic returns.

Opportunities far outweigh the risks
In terms of business opportunities linked to climate change, the CDP report found that 225 of the world's largest companies had identified a cool $2.1 trillion in probable gains over the next five years – that's seven times the expected costs.

The CDP says it's “hugely encouraging” that companies judge the value of climate opportunities to far outweigh the costs of investing in a carbon-friendly future.

Of course, a quarter of the world's wealthiest 500 companies – Exxon Mobil, Chevron and Amazon among them – chose not to report in 2018 on the climate risks to their business.

“We've been tracking companies such as Amazon for some time,” says Bartlett. Reporting is a new trend. Some of those companies have consistently not reported through us. Some chose not to report in 2018.”

An industry-led task force on climate-related financial disclosures was created in 2015 as a response to demands from stakeholders – investors, insurers, regulators – for greater transparency from businesses.

“These companies represent trillions of dollars in financial value, and if they're not being transparent about these risks, then it poses a problem for global financial stability,” says Bartlett.