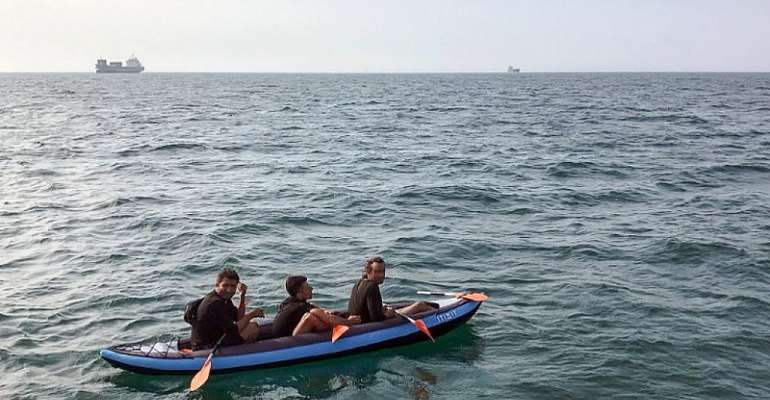 A French court has sentenced an imam from northern France to two years in prison for helping migrants try to cross the English Channel in inflatable boats.

The 39-year-old preacher, who is of Iranian origin and was granted political asylum in France, is accused of organising several crossings from northern France to England since last December.

A 29-year-old Senegalese man who attends the mosque in Rouen where the imam preaches also stood trial. He got nine months in jail and has been banned from visiting the northern French regions of Nord and Pas-de-Calais for three years.

The imam reportedly fainted upon hearing his sentence.

The men admitted providing six or seven dinghies after they were taken into custody in April.

The investigation began in late March when gendarmes found life jackets, wet pullovers and a rubber dinghy on a beach in northern France.

Neither of the men was previously known to police.
The French authorities found two boats, three outboard engines and life jackets in the imam's house. The two men confessed to buying seven boats between December 2018 and April 2019.

On Monday, the imam told the court that he went to a shop in Deulemont, on the border with Belgium, to buy boats for a person he identified only as Kamal.

Both defendants said they only found out later that the boats were being used by migrants for illegal Channel crossings.

Prosecutors said their explanations "did not reflect reality" and that the imam was regularly in the areas where the boats were found.

Spike in migrants trying to enter UK by boat

For years, thousands of migrants from Africa, the Middle East and Asia have attempted to reach Britain from the French port of Calais, the vast majority by trying to stow away on trucks crossing the Channel.

But there has been a recent rise in the number of migrants attempting to cross in boats, despite the risk of strong currents, cold waters and collisions in one of the world's busiest shipping lanes.

In March, a French court jailed two Iraqis and an Iranian man for organising illegal migrant boat journeys across the Channel.

Britain's Immigration Minister Caroline Nokes called a spike in incidents in December "deeply concerning", after dozens of people were rescued after sailing from France in an inflatable boat.