A Message To The Ghana Beyond Aid Committee 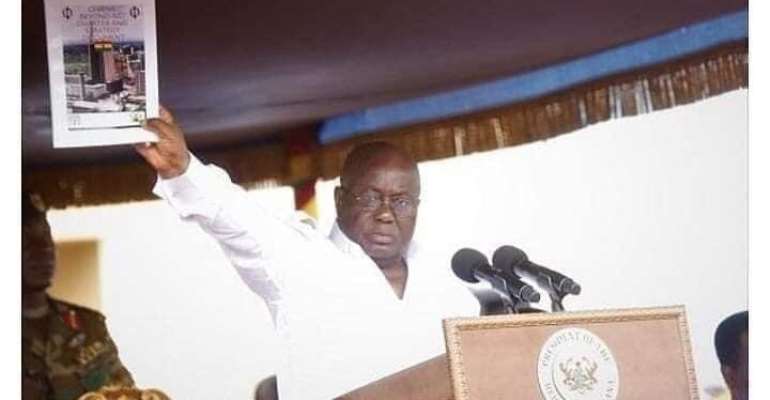 To blame any “shadow designer” for lack of thoroughness on the part of the committee is a betrayal of responsibility and does not show seriousness.

It is regrettable that a single mistake of a Plagiarized art from Kenya could shift the focus and conversation on a much-awaited document on Ghana beyond Aid into a frippery.

The plagiarism was avoidable only if the committee took a little time to do some proofreading or paid attention to details.

Aside the intellectual theft, the development also suggests that the committee and the handlers of the President are porous when it comes to knowledge of Ghana as a whole not to detect that there were no such buildings in any part of the country.

Impressively, it was wise and honourable for the committee to issue a statement of apology last week assigned by the secretary to the committee, Dr Eric Yeboah.

This move was an act of maturity and sign of responsible leadership until the worrying apportioning of blames which rubbishes the relevance and sincerity of the apology.

I wish to register by this statement that the recent attempts to blame a certain designer for the blunder is an act of irresponsibility and does not show seriousness.

Surprising enough, the location of the picture (on the cover page) makes it impossible to miss with a little sense of diligence.

The Committee admittedly was not thorough enough to be caught up in the plagiarism scandal and has brought a great deal of shame unto the Government and the country at large.

The gimmicks must stop to allow serious interrogation and discussion of the document for the forward march of the country.