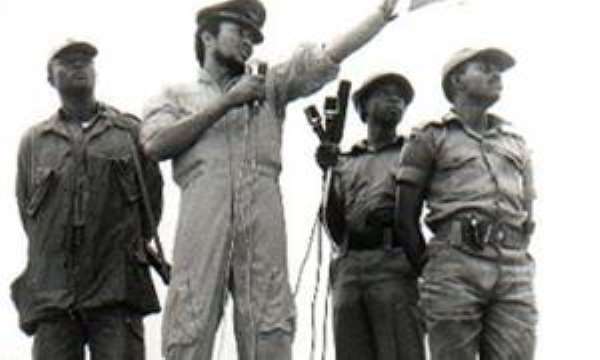 Former President and Chairman of the Armed Force Revolution Council (AFRC), Jerry John Rawlings would join other leading members of the June 4 uprising to address a grand durbar of chiefs and people at the Nungua Traditional Authority Park Tuesday 4th June,2019.

The durbar which would climax the long week activities would commemorate the 40th Anniversary of the 1979 uprising where military men led by the Junior officers took the nation by surprise and outed a military government of Kutu Acheampong.

A press statement by the 40th-anniversary planning committee indicated that the event would be preceded with a parade of young cadres, followed by a wreath-laying ceremony for the departed heroes after which solidarity messages.

The copied to Modernghana stated the 40th Anniversary celebrations is under the theme, "Developing a national character for sustainable good governance."

The celebration was herald by a tree planting exercise on Saturday, May 25, on the Tetteh Queshie to Okponglo road and an anniversary lecture delivered by Professor John Bright Aheto of the University of Ghana Business School.

Members and cadres of the June 4 across the country are also celebrating the day at their regional and local level.