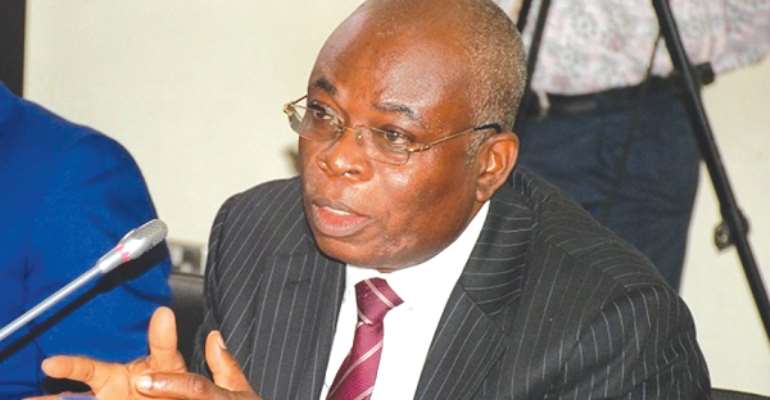 Chairman of the Public Accounts Committee (PAC) of Parliament, Hon James Klutze Avedzi, has advocated for a Budget Act to enable Members of Parliament (MPs) make meaningful inputs in the preparation of the national annual budget.

In his view, a Budget Act would ensure more participation in drawing the budget and promote public monitoring of expenditure.

According to him, the current constitutional dispensation only enjoined Parliament to approve or rejects a budget but have no such powers to increase nor proposed expenditure.

Hon Avedzi who is also the Deputy Minority Leader and MP for Ketu North made the call during a Public Sector Accountability workshop at Tamale in the Northern Region over weekend.

He said the 1992 constitution did not make room for the Legislators and that the Annual National Budget is only prepared by the executive arm of government without any form of avenue for others arms like Parliament to make inputs.

Article 179 (1) of the Constitution of Ghana, stated that, "The President shall cause to be prepared and laid before Parliament at least one month before the end of the financial year, estimates of the revenues and expenditure of the Government of Ghana for the following financial year."

Article 179 (2) (a) and (b) also said the estimates of the expenditure of all public offices and public corporations, other than those set up as commercial ventures, (a) shall be classified under programmes or activities which shall be included in a bill to be known as an Appropriation Bill and which shall be introduced into Parliament to provide for the issue from the Consolidated Fund or such other appropriate fund, of the sums of money necessary to meet that expenditure and the appropriation of those sums for the purposes specified in that bill, and (b) shall, in respect of payments charged on the Consolidated Fund, be laid before Parliament for the information of members of Parliament."

This, Hon Avedzi said, do not allow Parliament to make meaningful suggestions as to what Parliament of Ghana play in the process until the budget is presented to Parliament by the Minister on behalf of the President, stressing that the current process does not allow input from Parliament to be captured in the Budget.

The Chairman of PAC cited the Ugandan budgetary system where the Budget Act directs that the executive present proposals to Parliament for inputs before the final draft was brought back to the house for approval to buttress his advocacy.

He also called for the need for Ghana’s budgeting process to be more responsive to the needs of the people to help direct the budget to fall in line with the objectives of the Ghana Poverty Reduction Strategy (GPRS).

The Ketu North MP also explained that, "Public sector accountability simply means the government and its employees are both answerable to the citizenry and to make their activities open to the public."

He added that the importance of public accountability is keep track of government activities and make it open to the people unless it concerns security details of the country, adding that, "accountability promotes good governance, enhances the effectiveness of public administrators and reduces corruption and encourages citizen to participation in governance."

He however called on Auditors and Accountants to help strengthen the public sector institutions as their roles encompasses accountability and transparency which promote good governance and encourages citizens full particpation.