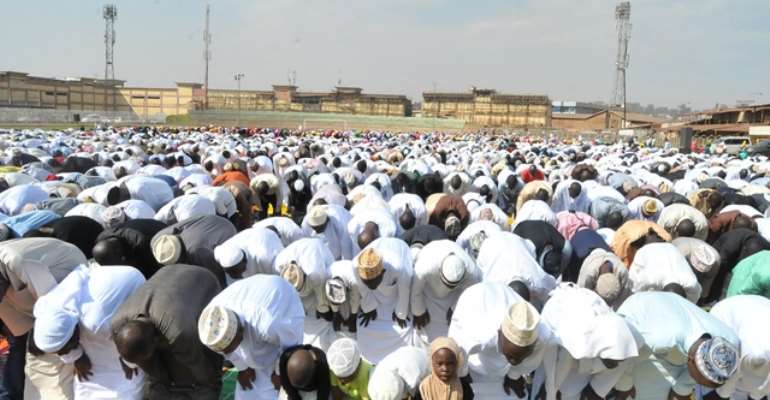 Eid celebrations are dependent on Sighting of the Moon and may differ with each Region, however for ease of understanding in some countries it is celebrated on the same day as Saudi Arabia.

Yesterday, Muslims were waiting for Ramadan, however, today they are saying goodbye to it, as if this month were moments long. And as this month passed quickly, life does, and so people die and move to the hereafter.

The Prophet Muhammad (Sallallaahu Alaihi Wasalaam) also said, “ My example in this life is just like a traveler who takes shelter under a tree and then leaves it and goes”.(Ahmad, at-Tirmidhi, Ibn Majah and al-Hakim).

What is there after Ramadan? Do the lessons of Ramadan end with it, or continue after it? To answer this question, we shall briefly SUMMARIZE over these lessons:

FASTING: We’ve learned from fasting how to soften our souls and break their desires and performing the concept of Uboodiyah to Allah alone.

The Prophet (Sallallaahu Alaihi Wasalaam) encouraged us to continue fasting six days during the month of Shawwal when he said, “Whoever fasts the month of Ramadan and he follows it with six days of Shawwal as if he fast the whole year”(Sahîh Muslim (1163)).

It was the tradition of the Prophet (Sallallaahu Alaihi Wasalaam) to fast Mondays, Thursdays, three days of each lunar moth, the day of Arafah, Ashourah and most of Sha’ban and Muharram.

Praying at night was the habit of the Prophet (Sallallaahu Alaihi Wasalaam) all his life, and he used to encourage his followers to do so. He (Sallallaahu Alaihi Wasalaam) said, “Do qiyam-ul-lail, the night prayer; it used to be the good deeds of the pious people before you. It draws you closer to your Lord, it causes your sins to be forgiven, and it causes you to avoid doing bad deeds”(Reported by al-Tirmidhi and Ahmad).

Allah Ta’ala describes his pious servants that “they used to sleep a little at night” in Surat Al-Sajdah.

THE RECITATION OF THE QURAN:

Do not stop reading the Quran after Ramadan. We made reading the Quran, and spending a few minutes per day to recite or listen to it, a part of our daily schedule. Make this habit live longer than this one month so you can be amongst those whom Prophet Muhammad (saw) described, “ Read the Qur’an, for verily it will come on the Day of Judgment as an intercessor for its companions. ” (Muslim).

“Those who spend their wealth day and night, secretly and publicly, their reward is with their lord…’(Holy Quran Chapter 2:274).

The Prophet (Sallallaahu Alaihi Wasalaam) was very generous, like wind loaded with rain. Remember that Allah Ta’ala will compensate you for what you spend, and that spending is a sign of having Eeman. Spending from your wealth will benefit you in your life and in the hereafter. The Messenger of Allah (Sallallaahu Alaihi Wasalaam) said, “ When the son of Adam dies, his deeds will be terminated except in case of one of these three: a continual charity, or a beneficial knowledge, or a pious son who prays for his father.(Muslim)

Abandoning the evil and committing sins is a must in Ramadan and outside Ramadan. It is the deed of the people of true faith. There is no goodness in a Muslim who doesn’t do evil in Ramadan but as soon as Ramadan ends, he goes back to his evil deeds.

Knowing that Eid is an excellent chance to wash the hearts from hatred and bad feeling, the Prophet (Sallallaahu Alaihi Wasalaam) says, “It’s not allowed for a Muslim to avoid his brother over three nights. They both meet, but this turns away and that turns away, and the best of them is the one who initiates Salam”. So be better than your brother and initiate the Salam (Bukhari).

I ask Allah to accept from us and you of our fasting, our prayers and other righteous actions, that our condition after Ramadan be a better one, that the state of our Ummah improves, that we are granted honour and that we truly turn to our Lord…