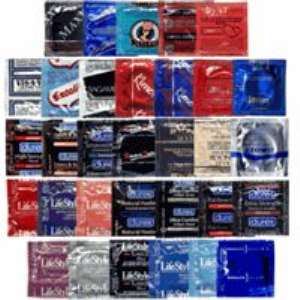 Bangkok (dpa) - Thailand on Friday donated 50,000 condoms to Ghana and six other African countries as part of the kingdom's "forward engagement" policy with Africa in the fight against HIV/AIDS, UN officials said.

The prophylaxis, provided by Thailand's foreign ministry and health ministry, will be shipped by the United Nations Development Programme (UNDP) to Burkina Faso, Gabon, Ghana, Kenya, Mali, Nigeria and Uganda to help combat the spread of HIV/AIDS.

"The plans for this condom shipment emanate from a workshop held last year in Kenya in which 25 senior-level participants from national HIV/AIDS councils, non-health ministries, relevant non-governmental organizations and community leaders dealing with HIV/AIDS attended from the African region, with 15 visiting Thai experts on HIV/AIDS from the Ministry of Public Health, NGOs, academia and the private sector," said the UNDP in a statement.

Sub-Saharan Africa is the region of the world most affected by HIV and AIDS. An estimated 25.8 million people were living with HIV at the end of 2005 and approximately 3.1 million new infections occurred during last year.

While Thailand has been successful in slowing the spread of the virus, one in 100 Thais - about 550,000 - are infected with HIV, and AIDS has become the leading cause of death in the country.

"This shipment is an expression of Thailand's interest in working with Africa to halt this killer in its tracks," said Joana Merlin-Scholtes, UN resident coordinator and UNDP representative for Thailand.