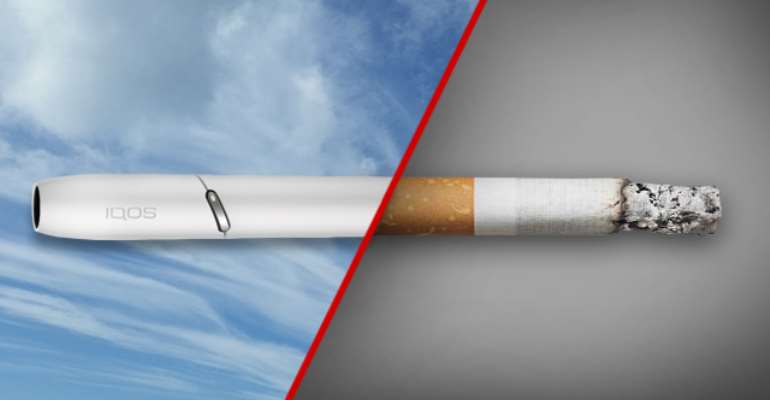 One of the organizations who has been making huge profits from tobacco and tobacco related products, Philip Morris International (PMI) is skimming to alter the objective behind the campaign against tobacco use, ‘World No Tobacco Day’ to suit its own parochial interest of getting more people addicted to the harmful product.

As part of its newest campaign to promote its latest tobacco product, Philip Morris International has been trying to lure the world into believing that tobacco is not the problem for the world but rather the burning and smoking of tobacco is.

It has therefore offered to co-opt and rebrand the day set aside for ‘World No Tobacco Day’ to ‘World No Smoking Day’. This is an attempt to shift focus from the campaign which is mainly meant to draw the world’s attention to the harmful effects of tobacco on the health of its users and the danger it poses to their close relatives and the environment.

By this tactic, the organization wants to position tobacco in the minds of its users as a harmless product which has been used wrongly in the past by burning with fire or by attaching direct fire to the herb by smoking it.

To further push down the idea to the people, it has adopted the slogan ‘Heat-Not-Burn’ in an effort to rebrand its newest tobacco products, IQOS.

On Friday, 31 May, 2019, the world united for World No Tobacco Day (WNTD) for the 31st year to raise the visibility of tobacco related disease and prevent the spread of the epidemic. Since its conception in 1987, WNTD has aimed to specifically draw attention to the abusive business practices of the tobacco industry and has been largely ignored by the industry until recently.

Speaking in an interview with ModernGhana on the latest move by PMI, the Programmes Director at Vision for Alternative Development (VALD), Labram Musah observed that it was precisely because of deadly corporations like Philip Morris International that this day exists in the first place and therefore it will be a big mistake for one to fall for this PR Campaign.

According to him, everything PMI has done in the last two years has been about luring more people to tobacco.

“PMI’s recent interest in WNTD is the latest tactic in the corporation's rebranding campaign associated with its newest tobacco product, IQOS. In the last two years, PMI launched Foundation for a Smoke-Free World (of which it remains the sole funder), started a life insurance business that incentivizes tobacco use and announced an “anti-smoking campaign” that encourages smokers to use its latest tobacco product, IQOS, instead of its other tobacco products,” he said.

At the corporation’s shareholder meeting earlier this month, the tobacco corporation put on a show for investors, presenting itself as an antismoking crusader despite 100 percent of the corporation’s revenues coming from tobacco products sales. In fact, in the last year, the corporation has actually introduced a new cigarette product and expanded its cigarette market share all while trying to convince the media and investors that it wants to end smoking.

“Philip Morris is trying to draw some arbitrary distinction between smoking and tobacco -- as if smoking is bad for your health but tobacco is not,” said Michel Legendre of Corporate Accountability, “Nicotine is addictive and tobacco use is deadly, period. PMI and those who continue to profit off of and drive the tobacco epidemic have no place in a public health campaign like World No Tobacco Day. PMI’s attempts to co-opt the day are frankly disrespectful to the millions who have died and the millions who will die this year from using PMI’s products.”