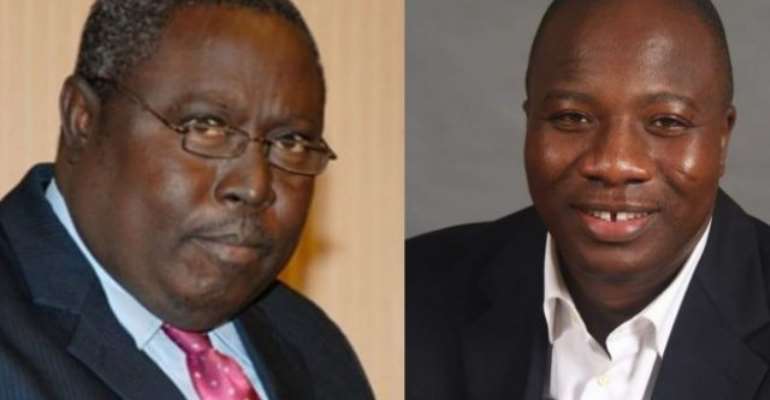 The lawsuit against Hon Mahama Ayariga, Member of Parliament for Bawku Central, is taking an interesting twist as the lawmaker writes to the Special Prosecutor, Mr Martin Amidu, detailing reasons he would not be able to attend to court on Tuesday June 4, to answer Court charges.

Martin Amidu has written to the Speaker of Parliament to release the MP for Bawku Central to face court action for tax and duty evasion.

But in a very legalistic tone letter, Hon Ayariga said he is unable to attend Tuesday’s court sitting simply because he would be performing parliamentary duties on the said day and therefore could not honour the invitation.

According to the SP, Mr Ayariga abused the privileges he enjoyed as Legislator and conspired with a private entity to secure a loan, import three second hand vehicles from Dubai but refused to pay duties of the said vehicles.

As a result, Mr Amidu filed a suit at the High Court against the Bawku Central lawmaker with five charges levelled against him.

The court fixed Tuesday, 4 June 2019, to hear the case against the Bawku MP who is also a member of the ECOWAS Parliament.

But Ayariga in a two-page letter addressed to Martin Amidu, he would be unable to accept the invitation to appear in court on Tuesday, 4 June 2019, he would be in Parliament on behalf of the good people of Bawku Central.

In the letter dated Sunday 2nd June, 9 and sighted by Modernghana, Mr Ayariga said, his inability to appear before court is the fact that, Parliament is in session and will be sitting on Tuesday, June 4, 2019.

He stated, “My inability to honour your invitation is because parliament is in session and will be sitting on that day – Tuesday, 4 June 2019. The parliament of Ghana, when in session sits on Tuesdays, Wednesdays, Thursdays and Fridays and any other day appointed by the Speaker that is not a public holiday,” Mr Ayariga’s letter said, adding: “I can come to court on any other day when parliament is not sitting.”

The Bawku Central lawmaker further argued that the Speaker have no such powers under the current constitution to release an MP to attend court, pointing that, that would be in breach of the right of the people of Bawku to have representation in parliament.

Copy of the Full Letter