Chief To Demonstrate Against DCE, MP Over Poor Performances 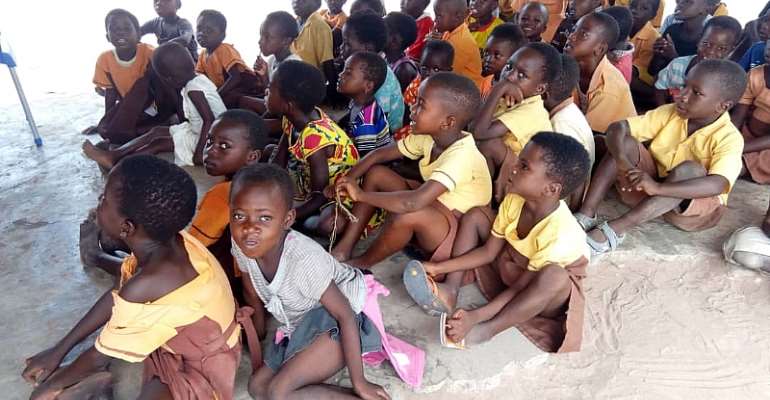 The chief of Bonkrom in the Kwahu Afram Plains south district of Eastern region, Nana Kofi Acheampong has threatened to lead his community to stage a mammoth demonstration against their District Chief Executive, Hon. George Ofori and Member of Parliament Hon, Eric Osei Owusu over their negligence and poor performances.

According to the chief, both the District Chief Executive and the Member of Parliament has never made an attempt to tackle the numerous challenges which have engulfed the community for the past years.

Nana Acheampong revealed that the bitter treatment meted out to them by the DCE and the MP has taken them through hell and they have no other option than to vent their spleen on the government’s representatives for their community.

"How can students still learn under trees in this 21st century, we don't have water, no hospital, electricity too has become a burden, roads linking various communities are also in a bad state, but the DCE seems unperturbed, whenever you approach him, he narrates stories, we will be forced to demonstrate against him and his MP", the chief noted.

"Our wives and children are dying every day, when someone falls sick, we have to carry the person on a bicycle which takes us about six hours to reach the nearest hospital in a different community, pregnant women always die on the road due to the nature of our roads, but the DCE looks so unconcerned, in fact, we are appealing to the government to come to our aid ", he passionately appealed.

The Assembly Member for the community, expressed his worries about poor networks since it has totally affected major businesses in the area, basically workers and traders, hence urging the government to provide computers for the schools.

W/R: Five wounded after residents of Ampatano and Kamfakrom ...
15 minutes ago