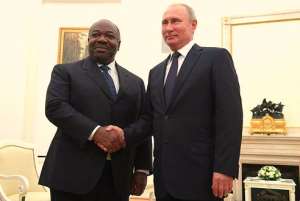 In recent years, Russia's economic cooperation with African countries has been developing quite dynamically, but against the background of the countries of the West and China, quantitative indicators look quite modest.

Meanwhile, the potential for trade, economic relations, and investment projects is very high. The task of the state business is to create the necessary conditions, political, legal, economic informational, for more active interaction of Russian companies with African partners.

The last two years have seen a positive trend in Russian trade with African countries. The total turnover in 2016 amounted to $ 14.5 billion, which is $ 3.4 billion more than in 2015.

Positive dynamics was recorded in trade with 28 African countries out of 55. The most serious percentage indicators of trade increased with Ethiopia, Cameroon, Angola, Sudan, and Zimbabwe.

According to the Eurasian Economic Commission, Africa is the only region against the background of the EU, MERCOSUR, APEC, etc, with which Russia has increased its trade in 2016.

Obviously, the possibilities for cooperation are not yet exhausted. At the same time, Russia is significantly not powerful in economic penetration of the “black continent” to the leading countries of the West and China, US trade with Africa in 2015 amounted to $ 100 billion, from China - $ 300.

Traditionally, the strong position of Russia in Africa in the arms market, in recent years is strengthening, despite the intense competition in the market.

According to Rosoboronexport, Russia ranks first in terms of arms shipments to sub-Saharan Africa, 30% in 2011-2015.

Russia supplies mainly missile and artillery weapons, small arms, and automobiles. One of the key areas recently has become the export of helicopters.

An important place in the turnover is played by agriculture

Large Russian business is considering Africa as a promising investment target. The greatest interest is energy and mining, as well as agriculture, manufacturing, transport, infrastructure.

Thus, the possibility of developing in one form or another of nuclear energy in various countries of the continent is being actively discussed, agreements on this subject were signed with Sudan, Zambia, Morocco, South Africa, etc.

Interest in the implementation of joint projects with Russia in the oil and gas sector has recently been expressed by Sudan, Congo, and Senegal. Last year, an agreement was signed with Zimbabwe on cooperation in the development of the world's second platinum deposit in Darwendale.

Thus, the company "Lisma" from Mordovia established a joint venture in Burundi for the production of lamps and street lamps, which will be supplied to the entire East African market. The project is financed by the local side, and Lisma provides equipment supply and technology transfer.

Since 2015, the Atlantic fish processing plant, launched by Russian private investors, has been operating in Senegal, the largest of its kind in West Africa.

For a more intensive development of Africa by Russian business and an increase in commodity turnover, it is necessary to build a stronger institutional foundation for multilateral cooperation.

In particular, difficulties regularly arise in certifying the supply of agricultural products, both in Russia and in Africa, which requires more active interaction of the relevant authorities.

Another problem, according to experts, is a lack of knowledge about African political, social and economic specifics. Similar difficulties are experienced by potential African partners.

The main focus of the organization is on supporting the efforts of small and medium-sized businesses in the African market, facilitating contacts between companies and consulting businesses.