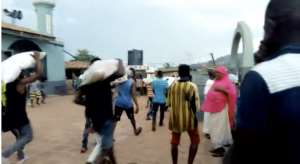 The youth in the Zongo community at Agogo in the Asante Akyem North Constituency of the Ashanti region on Saturday rejected items presented to them as a donation by the New Patriotic Party (NPP) Member of Parliament, Andy Appiah Kubi for Ramadan.

The donation which included bags of rice and cartons of milk was outrightly rejected by the youth in protest against what they said was the many failed promises of their MP.

Among their complaints was that the MP’s failure to ensure that the deplorable roads in the area were fixed. 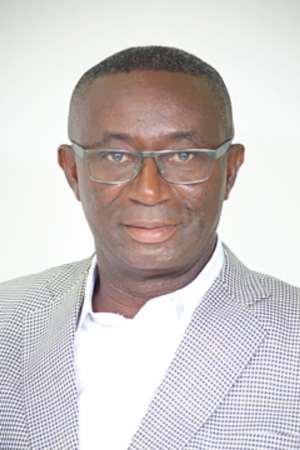 Member of Parliament (MP) for Asante Akyem North Constituency, Andy Appiah Kubi
The youth did not accord the District Chief Executive, Mr. Francis Oti Boateng the expected courtesies when he came to the community to present the items on behalf of the MP ahead of the celebration of Eid-ul-Fitr.

A video sighted by Citi News showed some youth angrily returning the items to a nearby pick-up vehicle.

While some of them gestured in anger, others chanted that they were not “fowls” to be given rice.

The leaders of the community who could be seen in the video did not show any sign of disapproval for the action of the youth, some of whom said they were tired of being deceived.

It is unclear if the leaders of the community supported the action of the youth.