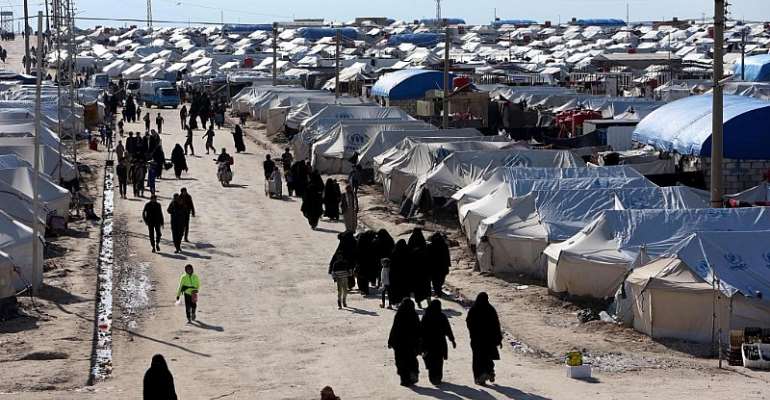 The Kurdish administration in northeast Syria said Sunday it plans to hand 800 local women and children, including relatives of extremists, to their families on Monday in the first such transfer from an overcrowded camp.

The women and children – all Syrians – are to be released Monday and "taken to their families," Abd al-Mehbach, co-chair of the Kurdish administration's executive council said Sunday.

Tribal chiefs and other local officials had lobbied for their liberation from the Kurdish-run Al-Hol camp, the first in a larger wave of releases to follow.

The camp in Hassakeh province, which was established in the 1990s to accommodate about 5,000 Iraqi refugees, is now overcrowded, with nearly 74,000 people including more than 30,000 Syrians.

Their numbers have created a major headache for the semi-autonomous Kurdish administration and have sparked concerns that the camp is emerging as a fresh jihadist powder keg.

Among those being released are relatives of jihadists, but many are not, Mehbach insisted.

Some sought shelter at the camp to escape tough humanitarian conditions in areas levelled by months of fighting, he said.

Call of duty
Monday's group consists of residents from the northeastern city of Raqa – once the Islamic State (IS) group's de facto capital in Syria – as well as the town of Tabqa, 70 kilometres west, according to Mehbach.

Those among them with suspected links to IS will be kept under surveillance by local Arab tribes, who have given guarantees, he said.

"It is the (Kurdish) administration's duty to its people to play a role in the rehabilitation of these women and children, and their reintegration into society," he added.

The next batch of Syrian residents to be released will be after the Eid al-Fitr holiday marking the end of the Muslim holy month of Ramadan.

The aim is to empty Al-Hol entirely.
Stuck in limbo
Since March, Kurdish authorities have released nearly 300 Syrian residents with suspected links to the Islamic State.

The group's self-proclaimed “caliphate” in Syria and Iraq was defeated at the end of March, following a nearly five-year-long offensive by a US-led coalition helped by Kurdish forces.

Thousands of foreign fighters are now being held in Kurdish-run prisons, while their wives and children languish in displacement camps.

Syria's Kurds have long urged their home countries to take the detainees back, but nations like France have been reluctant to do so.