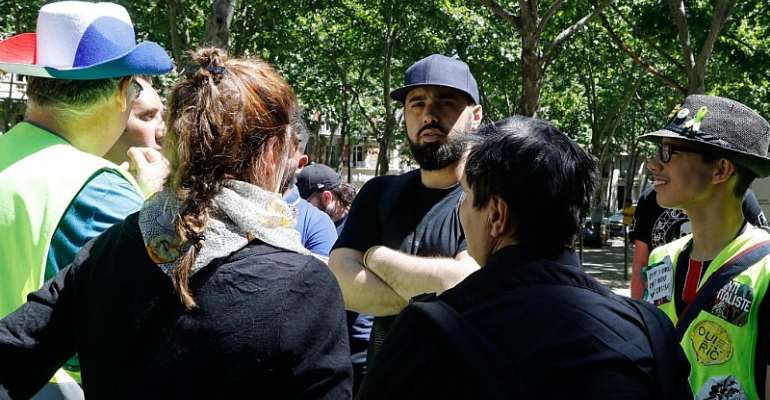 Yellow Vest demonstrators rallied peacefully in France Saturday for the 29th consecutive week of anti-government protests. But turnout was low for this first rally since EU elections that saw Yellow Vest candidates take a drubbing. Some 2,600 people were reported nationwide, including half of them in Paris, according to the French interior ministry.

The low turnout underscored the apparent decline of a grassroots movement that brought up to 300,000 people to the streets of French towns and cities at its peak in late 2018.

“We're not giving up! The media say our movement is dead, but they're wrong,” said Sandrine, a 53-year-old protester from the Paris suburbs who claimed to have attended every protest since November 17.

“There may be a lull in the summer, but the movement will kick off again in September,” she warned.

In the procession from Denfert-Rochereau square to the Place de la Nation in central Paris, protesters held banners and slogans that read "social justice, fiscal justice."

However, nearly seven months on, there are concerns that the movement has gone astray.

Lost its soul
"We have lost sight of our principle demands," Eric Drouet, one of the leading figures of the movement told BFM TV Saturday.

"I think that Yellow Vests want to move towards road blocks, snail traffic, free tolls," he said, refusing to take part in the demonstrations, which according to him have been "hijacked" by other demands.

The disunity within the grassroots movement may have been a factor in their poor showing in last weekend's European parliamentary elections.

Two candidate lists containing the names of Yellow Vest members won less than 0.6 percent in Sunday's vote, failing to reach the 5% threshold needed to get candidates into the EU parliament.

Their defeat highlights the movement's inability to capitalize on the large swathes of followers it used to attract. Not anymore.

Dwindling numbers, rising injuries
"This is the first time that there have been so few people in Toulouse, it upsets me," confided one retiree in France's southern city.

"The government is too strong. In the end, we achieved nothing, and on top of that we were insulted and beaten," she said.

The latest demonstrations came a day after Paris prosecutor Remy Heitz said policemen and gendarmes who had used “unfounded” or “disproportionate” force on protesters would face trial.

French police have come under heavy fire, including from the UN, over the use of non-lethal weapons such as rubber bullets and tear gas after photos of protesters suffering gruesome head injuries circulated on social media.

Since the demonstrations began on 17 Novemver, nearly 2,500 protestors and some 1,800 police officers have been injured, according to the French interior ministry.