Unpaid Salaries In Kogi: Who Is To Be Blamed? 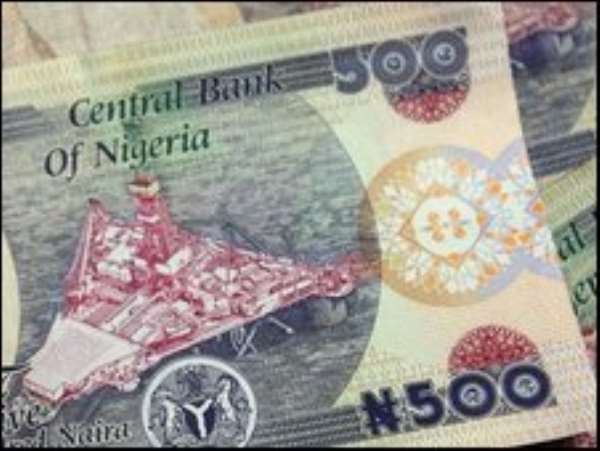 During my secondary school days and as a literature Student, there was one interesting book we read for our preparation for the WAEC examination, titled "Who is to be blamed?".

The book gave a detail account of one king who married his biological mother unknown to both. The tale of the story had it that in one society it was the culture of the people that any child born must be taken to shrine to know his or her star or destiny.

One particular King's Son was taken to the shrine for consultation and their priest told the parent after during all manners of rites that he foresees unusual of the child's future. The culture of the society in centered recommended outright abandonment of such children in the evil forest. Such children are left in the forest till hunger starves them to death.

As was the dictate of the culture, this unfortunate Son was left in the thick forest and one Hunter from a neighbouring village found him in his hunting expedition. The hunter took the child home and raises him till adulthood. The unfortunate son adopted the culture of the village he was raised in.

One certain day there was an inter-village war and the other side (original village) was winning. The villagers where this child was raised keep losing soul in every battle. The village elders could not take it further as urgent meeting was held and it was resolved that whoever led the battle and help them victorious will automatically emerge as the village king. The adopted Son led the warriors and wages a reiteration war against his biological village and kills many and even their king, his real biological father unknown to him.

When he killed the other king he took over his wife and that was how he managed to marry his real biological mother unknown to him. He had sexual intercourse with her and bore him children. As years go by, an epidemic stroke the community and people begin to die mysteriously. The king summoned meeting and the chief priest was made to consult the oracle.

After consultation, the oracle priest told them that someone in the village has committed an abominable act which brought this unfortunate incident. The king sermon a meeting again and the Elders unanimously passed a verdict that whoever is found culpable must die. After another consultation, it was revealed that the epidemic in the society was caused by the king who married his biological mother.

The author of the book at the end of the story put a question to the reader that in this case, who is to be blamed? Is it the king, his biological mother or the shrine or the culture?

The tale I have given above is similar to the present drama of salaries impasse in Kogi State. The unexpected in the book which made many to start apportion blames on who should be held responsible is just the same way with the unpaid salaries in Kogi State.

The incumbent has serially accused the immediate past Governor of the State for causing his nightmare and the Capt. Idris Wads is therefore using all arsenals to educate the public that he is not responsible for his nightmare in Kogi State even though percentage salary payment started during his tenure. The populaces are either apportioning blame of unpaid salaries to either Governor Bello or Capt Wada.

Thus, the question is who should be really held responsible for the salary palaver in Kogi State? Is it Governor Bello or Immediate past Governor?

My take on the book read is that neither the biological mother nor the king his real biological son who mistakenly married his Mother should be held responsible. So, also I will equally replicate the same to unpaid salary saga in Kogi State.

To educate my readers, Governor Bello and immediate Governor of the State Capt. Wada should not be held responsible. I see the duo as victims of circumstances.

I have every reason to say that those insulting the duo are not fair at all. From the storyline of Captain Idris Wada, He said and I quote ‘’ the average monthly allocation during my tenure stood at circa NGN 3.3Bn and the breakdown of how it was spent is as follows:

As you can see, out of our average monthly allocation of NGN 3.3Bn, we were left with roughly NGN 100m to cater for projects and other pressing needs. It was the lack of funds that motivated our desire to access the Bond market to raise NGN 20Bn for capital projects, out of which NGN 8Bn was released, Wada hinted’’.

From the piece above, my conclusion is that Kogi State is already broke when Wada takeover the office. The administration of Late Prince Abubakar Audu and Ibrahim Idris had already laddened the State with heavy debt and after deduction of loan repayment, little or nothing is left to perform wonder in the State but out of our ignorance, we lampooned Wada and Yahaya Bello for not measuring up to expectation unlike Governor Audu and Ibrahim Idri. We even regarded them as worst Governors in the history of the Nation.

To buttress again, Alhaji Yahaya Bello is the greatest victim of this circumstance. I maintain this stance because when i put question to Capt. Wada on what he used the N20Billion bond from Nigeria Security Exchange for and he openly declared that it was used to service salary payment in the State. I asked again if he could settle the entire bond and interest before leaving the office and said no.

From the take of Captain Wada, the administration of Governor Bello is still repaying N20Billion bond capital and servicing all manners of loans obtained by his predecessor and all past Governors of the State. There is little or nothing he can do in this case at the immediate time.

For those calling for the outright ousting of Governor Bello on account of unpaid salaries in the State are not helping matter as that is not a possible solution to the salary impasse in Kogi State. I am saying this because there is likelihood that in the event the populace voted against Governor Bello, there is every possibility that his administration might go for huge loan at the verge of leaving office just like how Capt. Wada did for the N20Billion bond loan.

This will then leaves a heavy debt again for the new incoming administration and the same lashing we are giving Governor Bello will equally be given to the new government. Then, the complaint on unpaid salaries will remain unchanged again.

The above illustrations show that there is more to the national challenges that we at times complained off. Just like I totally condemn an idea of killing the king in the book read so also I condemn the ousting campaign of Governor Yahaya Bello from office on account of unpaid salary palaver in the State. It was not Governor Bello deliberate making but just suffering from the offences he did not commit.

When late Abubakar Audu was moving from one part of the world obtaining huge loan for the State which repayment span 20 years, didn’t we ever envisage that there is doom period ahead?

So, the doom period happens under Governor Bello’s administration which everyone is suffering for now in terms of unpaid salaries and developmental projects. The doom happened because, after deductions from source on huge loans repayment obtained by past Governors of the State, nothing or little is left behind. So, removing Governor Bello is not the solution and is tantamount to chasing shadow.

Shaibu Stephen Ojate is a Journalist and Public Affairs Commentator writes from Abuja. He is on WhatsApp and reachable via phone number 09075716236.

More Opinion
Modern Ghana Links
Vigilantism: Politically Related Violence Through The Eyes Of A Zongo Kid
The Ghana Electoral Commission (E.C.) And The 30,000 Registrants To Be Removed From The Electoral Roll
Where Does 'Aboboya' Dump Its Waste?
10 Reasons Tamale Central Constituency Needs To Switch To NPP
NDC Silence Means NPP Not Worth The Argument: John Mahama Rolled Out Free SHS In Ghana
Hapless NPP Now Seeks Solace In Rawlings’ Death
Will We (People Of Gonjaland) Not Be Ingrates Should We Again Vote Against Nana Addo?
Should Families of 44 Ghanaians Murdered in Gambia Testify at TRRC or Sue Gambia at ECOWAS Court?
State Enterprises Can Be Profitable, It’s Leadership
Dossiers Quotes Coronavirus
TOP STORIES