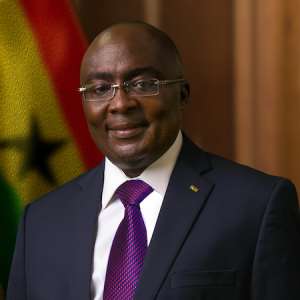 Alhaji Dr. Mahamudu Bawumia, Vice President of Ghana has taken a good step to promote strong inter-religious relationships between Christians and Muslims in Ghana, which we think it is a good move by him as a leader.

After he was sworn in as vice president of this Great Republic he has always been embarking on nationwide Ramadan tour on every Ramadan to share joy with them and also educate them on how the life every Muslim should be. He also does same in the last days of every December in Muslim dominated communities to have interactions with the few Christians in their churches and sometime donate items to them, in such communities.

We, Critical thinkers International- northern Belt will therefore commend the vice president for such an initiative, and also through this means, we are urging all our political leaders and the general public to desist from playing politics with religion but rather help develop ideas to unite the two Abrahamic religions.