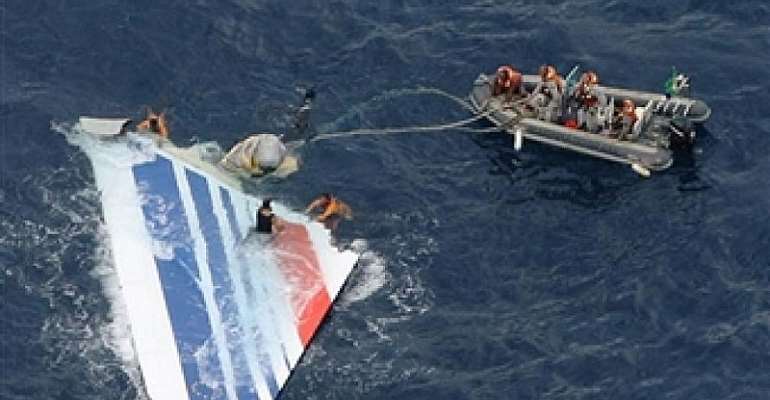 Ten years ago on 1 June 2009, an Air France aircraft plunged into the Atlantic en route from Rio to Paris, killing all 228 passengers on board. It was the worst crash in Air France's history and has since sparked calls for an overhaul of airport security.

"Today for instance, the US encourages its pilots to undergo simulator training before flying an aircraft," he told RFI.

In France too, pilot training has been stepped up, particularly in dealing with unpredictability.

On 1 June 2009, flight AF447, serviced by Air France's newest A330, hit turbulence and began to stall [lose lift] at high-altitude, triggering the stall alarm and panic in the cockpit.

Instead of nosing the Airbus A330 downward, one of the co-pilots did the exact opposite of what was required, because of false data from sensors about the plane's position.

The core of the plane's problem was that its Pitot tubes, which calculated airspeed and altitude, became clogged with ice crystals as the plane passed through a low-pressure belt called the Intertropical Convergence Zone. That led to faulty speed readings and this caused the autopilot and autothrust to disengage.

Recommendations  be implemented
Other sensors have since replaced these tubes, and a back-up system set up in case one of the sensors breaks down.

“The situation was salvageable,” Jean Paul Troadec, director of the Bureau of Investigations and Analysis (BEA) said at the time.

In their report, the BEA also said that the pilots failed to alert passengers to the crisis as they struggled to regain control. Air France rejected the accusations.

BEA has since called for mandatory training for all pilots in high-altitude stalling and better instructions on flying manually.

Ten years on however, many of these recommendations are still not being implemented, regrets Arnoux.

"Indicators, which show the angle of attack of an aircraft [the amount of lift the wing is generating at a given airspeed] are still not compulsory. Yet, they are more reliable than speed readings," said the French pilot.

Airport safety
Concerns about airport safety have increased since March, following the crash of the state-of-the-art Boeing 737Max aircraft in Ethiopia, killing all 157 passengers on board. The crash was the second in six months by the American carrier.

"Had angle of attack indicators been used, both accidents could have been avoided," reckons Arnoux.

Meanwhile in France, aviation experts are confident that the overhaul carried out to improve airport safety in the wake of the Rio-Paris crash has produced gains.

As for who was responsible, that is still being debated in the courts.

Air France and Airbus were both investigated for “involuntary homicide”, or manslaughter in protracted proceedings, which wrapped up in March, but no trial date has yet been set.

For the families of the 228 victims, the long wait for answers, continues.