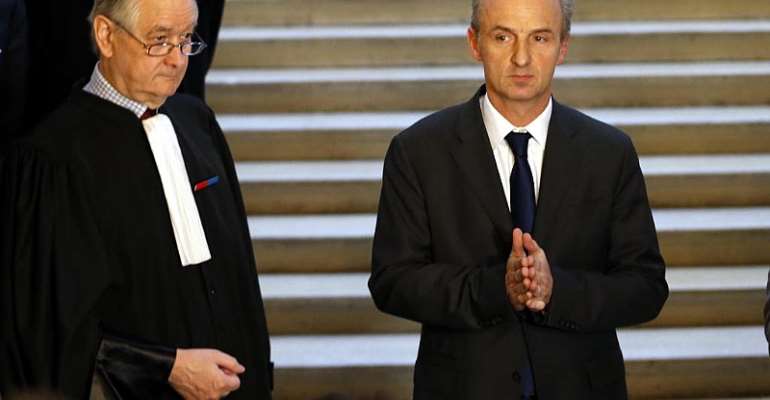 The French government has filed an appeal against a Paris court ruling ordering that life support be resumed for Vincent Lambert, who has been in a vegetative state for over a decade. It's the latest move in an eight-year legal battle over his fate.

The French Health Ministry on Friday said it had appealed to the Court of Cassation, which rules on questions of law and judicial disputes, to decide on whether doctors had the right to suspend life-support treatment to Vincent Lambert.

It's the latest turnabout in a string of contradictory legal decisions on how best to respond to Lambert's plight. The 42-year old has been kept alive since a motorbike accident in 2008 left him a quadraplegic with severe brain damage which doctors eventually determined was irreversible.

After securing backing from a court, doctors were to start removing his water and feeding tubes on the morning of 20 May at the hospital where he has been treated in Reims, northwest France.

But in a last-minute ruling, a Paris appeals court ruled that same day that the life support must be maintained while Lambert's case is examined by the UN's Committee on the Rights of Persons with Disabilities.

The government had already said it was not legally bound to wait for the UN committee's decision and announced on Saturday it had appealed to the Court of Cassation.

"A request for appeal was filed this morning" on behalf of both the health and the foreign ministries, a health ministry official told AFP.

Defining "unreasonable obstinacy"
The case has rekindled a sensitive debate over France's right-to-die laws, which allow so-called "passive" euthanasia for severely ill or injured patients with no chance of recovery.

Lambert's parents, devout Catholics, have repeatedly launched legal action to keep him alive, saying their son's chances of recovery would improve if he were given better treatment.

However painful the Lambert case is for family members, some doctors and French MPs consider there is a point when insistence on maintaining life support at all costs becomes "unreasonable".

For Dr. Jean-Louis Touraine, an MP with the ruling REM party and head of the right to die study group at the National Assembly, French law does not currently define that point, which has allowed the mounting number of legal challenges.

"We are proposing to legislate once more on right to die questions in order to give a more precise definition of what constitutes unreasonable obstinacy," he told France Info.

"Vincent Lambert's wife, along with the great majority of those who have studied this case, say we are faced with unreasonable obstinacy," the doctor continued adding that Lambert's mother refuted this and maintained it was about "a handicap".

Had it been declared earlier that there was unreasonable obstinacy "hydration and continued treatment would have been stopped and everyone's suffering would have been eased".

History of the Vincent Lambert case in 5 dates: read here