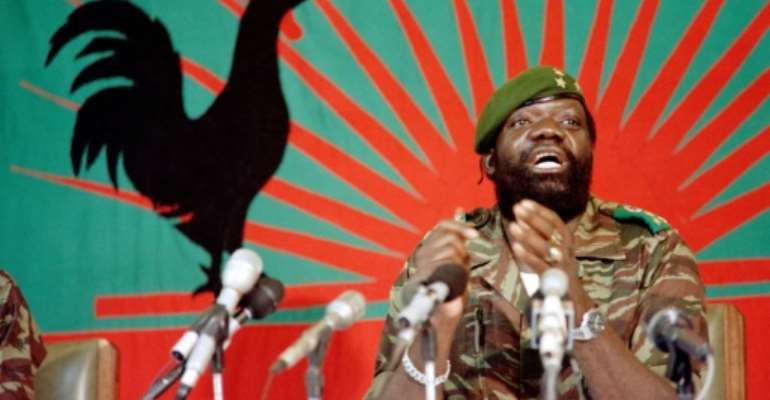 Former leader of Angola's rebel UNITA movement Jonas Savimbi will be reinterred Saturday, 17 years after he was killed in a shootout with government soldiers that spelt the end to the country's long civil war.

Angola, a former Portuguese colony, became a Cold War battleground after independence in 1975 when the Marxist-Leninist People's Movement for the Liberation of Angola (MPLA) seized control.

The United States lined up behind Savimbi's National Union for the Total Independence of Angola (UNITA) rebels and the Soviet Union and its allies backed the MPLA.

"The remains have been returned to UNITA and the family," Alcides Sakala Simoes, spokesman for UNITA, told AFP on Friday.

"There was a lot of emotion. It has been 17 years since the government was asked to give us the body. This is an important step for national reconciliation."

"We are moved and relieved, we will be able to mourn," Cheya Savimbi, his eldest son, said after the remains were handed over at a ceremony in Andulo about thirty kilometres (20 miles) from the village of Lopitanga where the funeral will be held.

At least half a million people died in the conflict for the vast, oil-rich southern African nation, which played out over more than a quarter of a century.

Early in 2002, soldiers pursued the 67-year-old Savimbi across the province of Moxico in central eastern Angola.

On February 22, his pursuers caught up with him. He fought back but, riddled with more than a dozen bullets, soon died.

His body was taken to the provincial capital Luena and hurriedly buried in a cemetery, with a cross of iron on the mound of red soil and the name "SAVIMBI Jonas" etched into the trunk of an acacia tree.

After his death, rival sides swiftly moved towards a ceasefire in a conflict that had lasted 27 years.

This year, after long talks, the MPLA government agreed with UNITA and the Savimbi family to hold a funeral on Saturday in Lopitanga, in central Angola, where Savimbi's father is buried.

The deal was unlocked after President Jose Eduardo dos Santos, Savimbi's sworn enemy, stepped down in 2017 and was replaced by his defence minister, Joao Lourenco.

"Seventeen years on, it was time further to heal the scars of past conflict and under a new head of state, Joao Lourenco, allowing this to happen is easier," Alex Vines of the London-based think tank Chatham House told AFP.

Typically dressed in a green combat uniform, with a walking stick in his hand and a revolver on his hip, Savimbi led an army of more than 30,000 troops.

Backed for many years by apartheid South Africa, his forces were accused of atrocities and he himself was described as having carried out summary executions.

His remains were handed over after a dispute this week between government authorities and UNITA over how the procedure would be conducted.