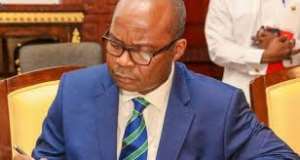 The licenses of 347 microfinance institutions in the country have been revoked by the Central bank.

Thirty-nine (39) microcredit institutions have also had their licenses revoked.

This was announced in a statement issued on Friday by the Bank of Ghana (BoG).

Out of the 347 microfinance institutions, 192 of the companies were insolvent, whiles the remaining 155 were insolvent but had ceased operations. 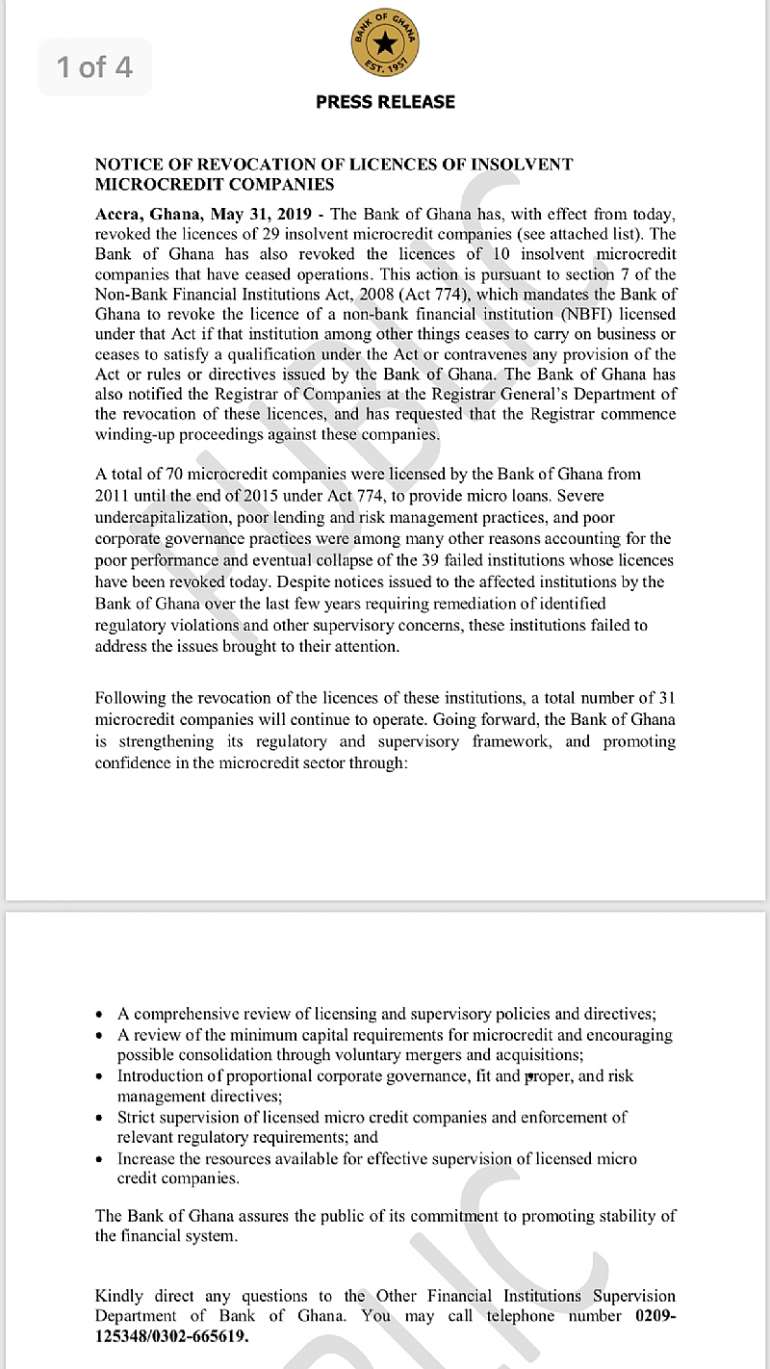 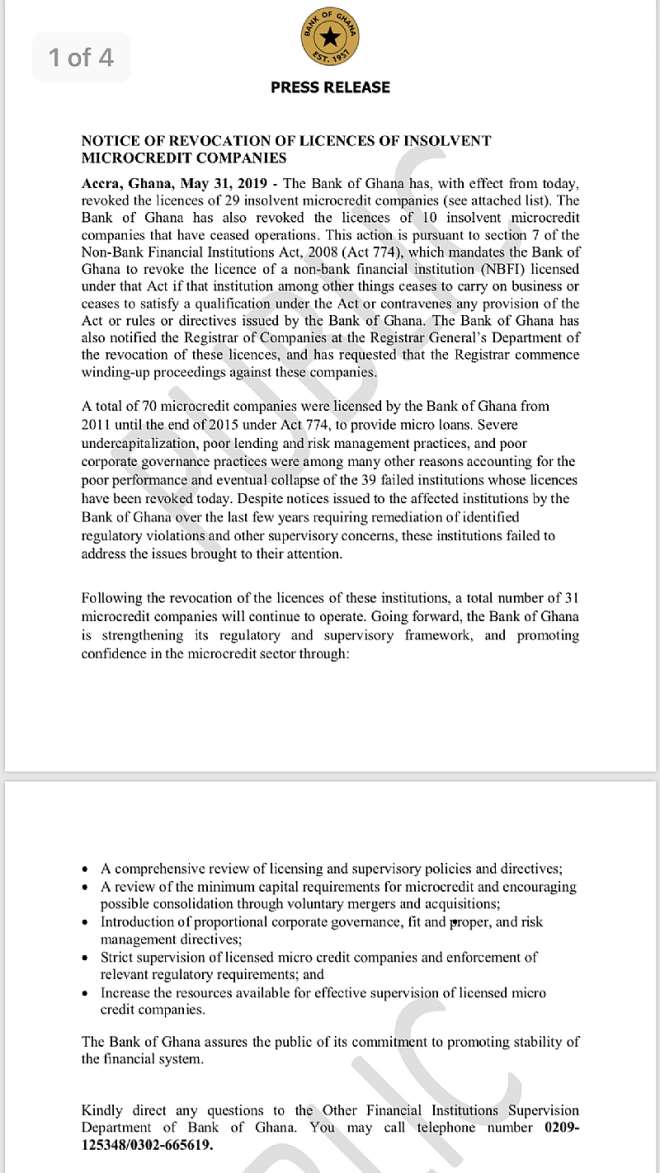