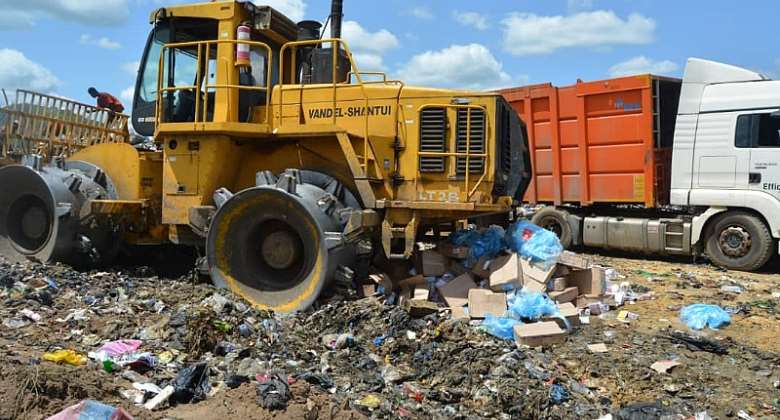 The Food and Drugs Authority (FDA) in Collaboration with the Narcotic Control Board (NACOB), the Bureau of National Investigations (BNI) and the Customs Exercise and Preventive Service (CEPS) of the Ghana Revenue Authority has safely disposed of 4152 bottles of banned Codeine containing cough syrups.

The syrups which were concealed in duvets, packed in suitcases, back packs and other traveling bags, were impounded at the Kotoka International Airport, Accra.

It will be recalled that the Minister of Health on the 26th of September 2018, issued an Executive Instrument banning the Importation, Manufacture and Registration of Codeine containing cough syrups under section 116 of the Public Health Act, 2012.

A public notice by the Food and Drugs Authority (FDA) noted that all approved dosage forms and strengths of codeine drugs registered by the FDA shall be reclassified as "Controlled Drugs" and "Prescription Only Medicines" and subsequently dispensed only upon proof of a valid prescription.

The 4152 bottles of the Codeine containing Cough syrup with a street value of 332,160 cedis were imported from South Africa in three different consignments by three different importers. The suspects have been handed over to the Ghana Police for further investigation and prosecution.

The safe disposal of the Codeine Cough Syrup was done at the Adepa Landfill Site, Nsawam with supervision from the Metropolitan Assembly and the Environmental Protection Agency (EPA).