We Will Continue To Borrow—Ken 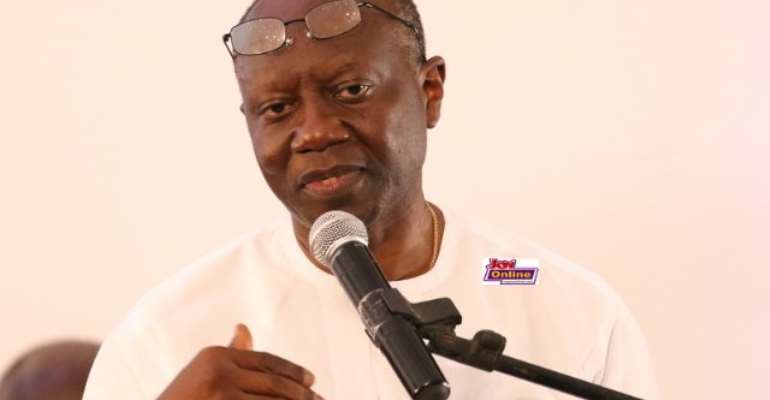 “Borrowing is not bad if you have the resources to be able to pay it back and the balance that you achieve. As to where the resources will come from, you scan the international market including your own domestic scene and figure out how you are going to do that.”

The Finance Minister Ken Ofori Atta has stated emphatically that the Akufo-Addo administration will continue to borrow, despite concerns about Ghana’s debt.

Ghana’s debt went up by 22bn cedis in the last four months to bring the total to ¢198 billion which is 57% of GDP.

But as government prepares to start the process of rolling out an ambitious 38-year developmental programme, Ken Ofori Atta believes it is not out of place for the Akufo-Addo administration to continue borrowing.

Borrowing is a thorny political term in Ghana and a major talking point during the 2016 election which the New Patriotic Party (NPP) won, to kick out the National Democratic Congress.

The NPP castigated the NDC for “excessive borrowing” and promised to be more responsible with the public purse.

The public debt as the time NPP took over was about 122billion cedis by the end of 2016. It represented 74 per cent of the country’s Gross Domestic Product (GDP).

Within three years, it has risen by 76bn cedis. The Finance Minister has argued, the current generation revenue is inadequate to sustain the country's developmental agenda.

”Our needs are extensive,” he told JoyNews Kwesi Parker Wilson.

Regarding the continuous borrowing, he said, “any project requires both equity and debt which have to be efficiently combined to good effect to ensure you generate the revenue to support what you have borrowed.”

According to him, it is up to the country to find the middle ground to make it possible.

He argues that developed countries like Japan is 300% of debt over GDP and they are able to do that because they have built infrastructure to be able to generate revenue for that.