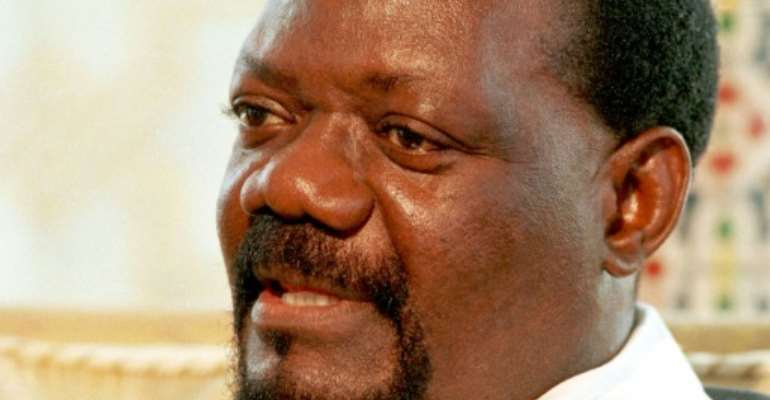 Key dates in the life of Angolan rebel chief Jonas Savimbi, who was killed in a fight with government forces in 2002 and is to be reburied on Saturday:

August 3, 1934: Jonas Malheiro Savimbi is born in a village in eastern Angola's Moxico Province, the son of a railroad stationmaster and preacher.

1958: Travels to Portugal to continue his education, moving to Switzerland to pursue medical studies. However, his concern for the state of Angola under colonial rule led him to change tack and graduate in political sciences from Switzerland's University of Lausanne 1965.

1966: After helping to merge two Angolan liberation movements and political and military training in China, Savimbi founds the National Union for the Total Independence of Angola (UNITA) to fight Portuguese rule.

1975: At independence from Portugal, the People's Movement for the Liberation of Angola (MPLA), a Marxist-Leninist group, seizes power and UNITA launches a guerrilla war. Apartheid South Africa sends troops to back UNITA against the MPLA, which has military support from Cuba.

1986: Savimbi is welcomed to the White House by then president Ronald Reagan with full honours accorded a head of state. The United States gives crucial funding to UNITA during the Cold War years, with the Soviet Union supporting the MPLA.

1991: UNITA and the MPLA sign a peace accord. Elections the following year are won by the MPLA. Savimbi refuses to accept defeat and war resumes.

1994: Another peace accord creates a unity government including UNITA members, although Savimbi stays away from the signing ceremony.

February 22, 2002: Savimbi is killed in a shootout with government forces in Moxico. In August UNITA formally disbands its army and lays down arms.

Row after French scientists suggest virus vaccine trial in A...
56 minutes ago