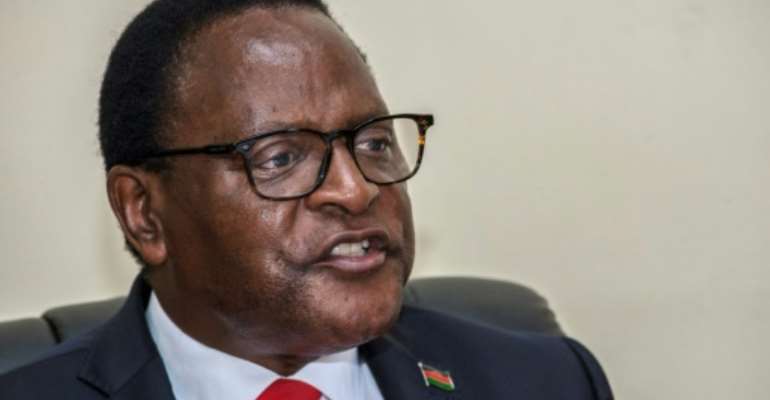 Malawi's opposition leader Lazarus Chakwera on Friday rejected the result of last week's presidential election, saying he had launched a court battle to have the vote annulled on the grounds of fraud.

Chakwera lost the election by just 159,000 votes to incumbent president Peter Mutharika, who was hurriedly sworn into office just a day after the delayed result was issued on Monday.

"I reject the Malawi Electoral Commission's fraudulent presidential results," Chakwera said in a statement, adding that he was filing a high court petition to have the election declared void.

"What we have witnessed in front of our very eyes is not an election, but daylight robbery, a crime against our decency as a people and our democracy as a nation," he said.

The party said that results sheets were covered in correction fluid and some sheets from polling stations far apart had the same handwriting.

The injunction was lifted on Monday and Mutharika was declared the winner hours later.

At his swearing-in on Tuesday, Mutharika urged opposition parties to accept the outcome, saying "they have to accept that there can only be one winner."

Mutharika, of the ruling Democratic Progressive Party (DPP), won the ballot with 38.57 percent of the vote, against Chakwera on 35.41 percent.