The Transmission Of Syphilis And Prevention 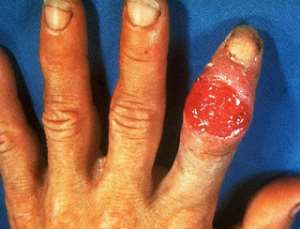 Syphilis is a complex sexually transmitted infection caused by the bacterium Treponema pallidum. It was first described in the sixteenth century and is believed to have been imported from the Americas after the first trips of the Spaniards. In industrialized countries, the incidence of syphilis began to decline towards the end of the 1800s and suddenly increased after the First World War.

After the Second War, thanks to the availability of effective diagnostic methods and treatment with antibiotics, the disease had a new reduction, but recently, again on the increase both in developing countries and in some European countries. With an annual incidence of 12 million new sufferers worldwide, syphilis is, after AIDS, the sexually transmitted infection with the highest mortality rate.

Syphilis is a genital infection that causes ulcers and excoriations and facilitates the transmission of HIV. It develops in different stages, each characterized by symptoms and a different course. Since some phases of the disease have a long course without evident clinical manifestations, a progressive evolution is possible in the absence of diagnosis and therapy.

If not treated properly, syphilis can cause damage to the nervous system and arterial vessels, mental disorder, and death. Thanks to a simple diagnostic test and the high efficacy of antibiotic therapy, today, the infection is potentially controllable by public health systems.

Primary syphilis
Between the infection and the onset of the first symptoms can go from 10 to 90 days (on average 20 days). This first stage is characterized by the appearance of a single wound (sifiloma or chancre), or by multiple pustules. Normally the wound is consistent, round, small and painless and appears where the bacterial infection occurs. This wound lasts 3-6 weeks and heals on its own. If the infection is not treated at this stage, it evolves towards the second stage.

Secondary syphilis
It begins with the onset at several points of a rash (roseola or syphilitic papulomatosis) which is not accompanied by itching and can occur when the wound has disappeared or even weeks later. The rash is usually reddish or brown, with spots on the palms of the hands and feet or in other parts of the body. Sometimes the spots are different and resemble eruptions typical of other diseases. Even without treatment, the eruption disappears on its own. Fever, swollen lymph nodes, sore throat, patchy alopecia, headache, weight loss, myalgia, tiredness are also typical of this stage.

When the symptoms of the second stage disappear, the person is still sick even if he no longer shows the obvious symptoms. At this stage, damage to internal organs (brain, nerves, eyes, heart and blood vessels, liver, bones, and joints) can begin, even decades later. Neurological damage may already be present in the second stage (neural syphilis). Once syphilis enters the third stage, the individual loses the ability to control muscle movements, may have paralysis, mental confusion, gradual blindness and development of dementia. The damage can be so serious that it leads to death.

Congenital syphilis
According to the mother's state of infection, the infection can be transmitted to the fetus causing death in utero (40 percent of cases) or the birth of an already infected child, with congenital syphilis (70 percent of cases). If the mother has had the infection in the four years preceding the pregnancy, the risk of transmission to the fetus is very high. Symptoms may be absent at the time of birth and appear later, causing serious complications to the child's development if not treated properly.

Transmission
Syphilis is transmitted from person to person directly through wounds and ulcers that form in the genital, rectal and mouth areas following sexual contact. It can easily be transmitted from the first stage, often by individuals unaware of their illness. On the contrary, it is not transmitted indirectly through contact with objects, dishes or clothing used by an infected person.

A sick pregnant woman can transmit the infection to the fetus during pregnancy.

Prevention
As a sexually transmitted infection, syphilis can only be transmitted from an infected partner to an uninfected one during sexual intercourse. A good measure of prevention is, therefore, the use of latex condoms.

However, wounds and skin ulcers can transmit the infection even during oral sex or any other skin contact with the infected areas. It is, therefore, necessary to pay attention to any visible symptoms.

However, the disappearance of symptoms is not an indication of the absence of the disease, which on the contrary may be in a progressive phase towards the latent stage.