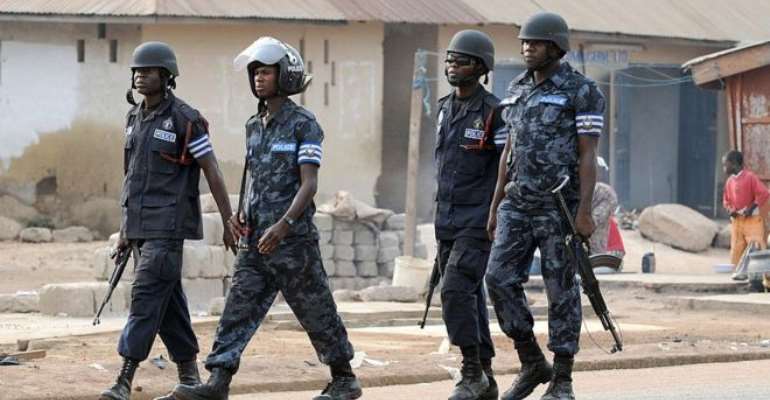 Five persons have been arrested by the Volta Regional Police Command, for their involvement in the disturbances which ensued at the office premises of the District Chief Executive for Krachi West, Oti Region.

The five on May 27, 2019, were part of some irate youth who stormed the District Assembly office and forcefully removed the DCE for Krachi West, Hon. Douglas Osei-Nti from his office.

They also locked the office, thereby preventing the DCE from carrying out his duties.

According to the youth, the DCE has misconducted himself and his actions since assuming office is contrary to the NPP party interest.

However, announcing the arrest of the five, a statement signed and issued on Thursday by the Assistant Commissioner of Police, David Senanu Eklu, said the suspects are being investigated for assault by imprisonment, offensive Conduct, and causing unlawful damage among others.

The Police also cautioned the general public to use laid-down procedures to address grievances.

"The Police Administration cautions the general public, especially the youth, to use lawful or laid-down procedures to address grievances. Any individuals or groups of persons who engage in acts of lawlessness or criminality will be arrested, investigated and prosecuted.

"The Police Administration assures the general public that it will continue to provide adequate security for all well-meaning citizens and residents of Ghana," the statement mentioned.