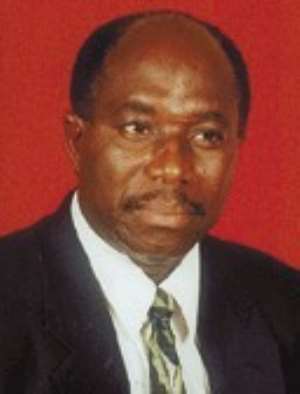 ... -with lawsuits if ... Dr. Richard Anane, Minister for Road Transport, in whose name several allegations are revolving, has threatened to sue any media house which causes to be published or broadcast, stories that would seek to tarnish his image in the course of the panel hearing by the Commission for Human Rights and Administrative Justice (CHRAJ). According to him, he would not hesitate to institute a legal action against any such media house since much harm had already been done his name and credibility through several publications. At his maiden appearance before a five-member fact finding panel, he indicated that he had come to the realization that some media houses had intentionally embarked on a deliberate attempt to tarnish his image and that the only means by which he could forestall any further injury to his credibility was through a legal action. In order not to fall prey to his threat, Dr. Anane advised the media, especially those who would be keen in reporting proceedings of the commission, to be circumspect in their reportage to avoid any such occurrences. The hearing has been necessitated by Article 218 (a), which empowers CHRAJ to investigate complaints of violations of fundamental rights and freedoms, injustice, corruption, abuse of power and unfair treatment of any person by a public officer in the exercise of his official duties. CHRAJ is also enjoined by section (e) of the same article to investigate all instances of alleged or suspected corruption and the misappropriation of public funds by officials and to take appropriate steps, including reports to the Attorney-General and the Auditor-General, resulting from such investigations. According to Anna Bossman, Acting Commissioner of CHRAJ, after conducting preliminary investigations into the several allegations leveled against Dr. Anane, the commission thought it wise to give it a human face by giving both Dr. Anane and Raymond Archer, the author of the story, an opportunity to defend themselves in the face of natural justice. This, according to her would not take the course of a trial court, which has prosecutorial responsibilities, but rather establish the truth or otherwise of the allegations if indeed the minister in question abused his office in the discharge of his duties. She indicated that the commission is not in anyway investigating issues of morality, but poised to determine whether or not there is an iota of truth in the allegations of conflict of interest, abuse of office, corruption and other related charges that have been leveled against none other than a substantive minister of state in his capacity as a public servant. According to her, the panel is subject to everything objectionable in any reputable court of jurisdiction, hence counsel should habour no fear to raise any objection when in doubt. It has been alleged that Dr. Richard Anane improperly directed over US$126,000 to one Alexandria O'Brien, a lady he has wholeheartedly admitted having an affair with, out of which they have had an issue. He is also alleged to have caused the state to incur losses on the same woman. That notwithstanding, it has also been alleged that Dr. Anane caused the state to pay the traveling and accommodation expenses of the same lady and arranged, through some individuals, the payment of the cost of her bills during her stay at the La Palm Royal Beach Hotel in Accra. Additionally, it has been alleged that he arranged for the payment of Alexandria's hotel bills during her stay at the Esther hotel at the Airport residential area, which costs ¢51million, and whilst in Canada, he is alleged to have caused the state to pay the hotel bills for Alexandria and the son.
The hearing panel has Anna Bossman as its Chairperson, with Richard Quayson, Deputy Commissioner In Charge of Public Education and Anti Corruption, Abena Bonsu, Director of Legal and Investigations, Dr. Phillip Ebo Bondzie Simpson, Counsel and Bede Tukuu, Legal officer, as its members.
Dr. Anane stormed the premises yesterday with five lawyers led Jacob Acquah-Sampson. The other four were Peter Zwennes, George Ammisah, Joshua Nimako and Andrew Mercer.
Counsels for Dr. Anane took delivery of invoices, photographs, receipts, e-mails and other related documents for study, acknowledging continuous disclosure of any other document which pops up.
Also tendered in evidence to Dr. Anane's counsels for study was a tape recording said to be a conversation between Dr. Anane and Alexandria. Counsels for Dr. Anane noted that it would furnish the panel with relevant documents within the next couple of days.
Meanwhile, Raymond Archer has indicated his preparedness to engage the services of a legal counsel to lead him in defense, promising to give the panel the needed co-operation.
The panel has fixed January 27, 2006 for submission of response to commence sitting slated for February 7, 2006, when hearing is scheduled to fully commence.