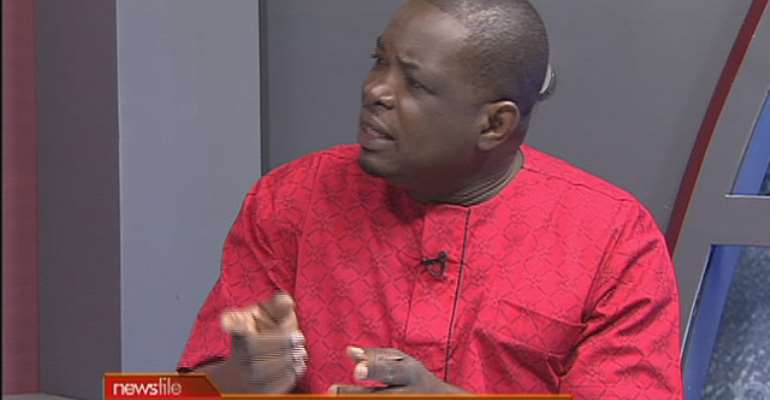 Hon Kwame Govern Agboza, Member of Parliament (MP) for Adaklu constituency, says the recent economic report issued by the Bank of Ghana (BoG) projecting the country's economic growth, is simply a narrative which does not reflect the reality on the ground.

According to him, the BoG economic data that the country’s total public debt was GHS2 billion short of Gh¢200 billion is not reality.

The BoG latest figure indicated some 57.5% of Gross Domestic Product (GDP) as of end of March 2019.

The data, released last Friday shown that Ghana has added about GHS 21.4 billion to the public debt record in the first quarter of the year 2019.

The report also pointed positively to an increase in Foreign Direct Investment (FDI) making the country one of the most potential competitive investments destinations in the Africa region.

But commenting on the BoG report on TV3’s New Day Monday My 27, monitored by Modernghana, Hon. Kwame Agboza said, the report only captured the theory and that Ghanaians would not be tickled with that.

According to him, the Foreign Direct Investment figures was not the first of its kind and that under the NDC administration in 2015, the country recorded the highest and it was much better compared to today figures.

The MP who is the Ranking member on Rods and Transport Committee in Parliament contended that, though the figures might have pointed to a significant change over the period in question, it does not reflect in the lives of Ghanaians on the streets.

But Eric Amoako Twum, a member of NPP communication team said, the BoG report on the economic outlook shown that the government could still borrow in spite of the increasing trend of public debt stock of the country.

The NPP Communicator pointed out that, it was important for one to first ask relevant questions on the BoG figures properly and know what exactly the money was being used for before raising any concerns.

Mr Twum, a former Deputy Chief Executive of Export Promotion Council maintained that the BoG reports on the economic pointed to an economy that is on the right track.

He further argued that these indicators on the economy was as a result of the bold decision by President Akufo-Addo-led government to wean the country off the International Monetary Fund (IMF) programme.