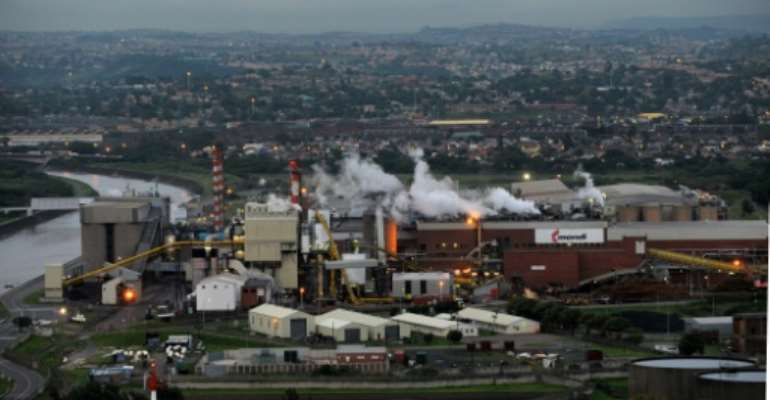 South Africa responds to 'the urgent need for action' with a carbon tax. By ALEXANDER JOE (AFP)

The tax, a rare step for an emerging economy, will be levied from June 1 on greenhouse gases from fuel combustion and industrial processes and emissions.

"President Cyril Ramaphosa has communicated the urgent need for action around the climate crisis," WWF said in a statement, describing it as a landmark moment for South Africa.

"While there is still much to be done for the tax to become more effective, we recognise this is a significant first step."

The tax was first planned in 2010, but has been delayed by opposition from business and industry in a country struggling with low growth and unemployment near 28 percent.

"Climate change represents one of the biggest challenges facing humankind, and the primary objective of the carbon tax is to reduce greenhouse gas emissions in a sustainable, cost effective and affordable manner," the treasury said in a statement.

It said the tax was part of South Africa's efforts to meet the global climate change agreement negotiated in Paris in 2015.

Set at 120 rand (8.30 USD) per tonne of carbon dioxide, the tax will be largely offset by allowances to lower it to an effective rate of between six and 46 rand per tonne in the first three years.

South Africa -- which relies largely on coal for its energy supply -- is the 14th largest polluter in the world and the largest in Africa, according to Greenpeace.

"It is a major step, but Greenpeace has expressed our concern that we don't think that the carbon tax will be effective enough and the tax level is inadequate."

The tax is set to rise at two percent above inflation, currently at 4.5 percent, until 2022 and in line with inflation afterwards.