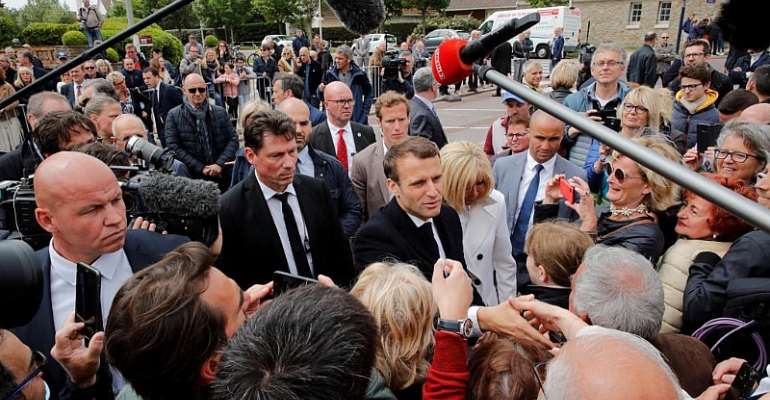 Exit polls in Sunday's European elections showed French President Emmanuel Macron's party in second place behind the far-right National Rally party led by Marine Le Pen. Voter participation was up by around 10 points over the last EU election in 2014.

Early results estimated the RN would take 23.2 percent of vote, over 21.9 percent for the Renaissance list combining Macron's Republic on the Move along with centrist Modem.

Final results were to be confirmed later in the evening.

The right-wing Les Républicains were predicted to take 11 to 13 percent of votes, while hard-left France Unbowed and the Green party each with 7 to 8 percent.

The Socialist Party was predicted to clear the 5 percent threshold needed to send part of its list to sit in the European parliament.

The French vote was also marked by a rise in turnout, with participation likely to be between 52 and 54 percent, compared with 43 percent in the last EU election of 2014.