The Curse Of Africa 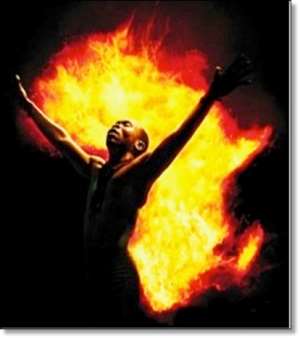 Who am I to speak about the way forward for Africa when I was born just yesterday. The tragedy of Africa is to shut out wisdom on the belief systems that the younger generation is unwise enough to suggest remedies for the enhancement of human life within the continent. Be that as it may that I’m just a boy born yesterday who seeks to borrow your attention for a moment so do humor me with your time. Africans before the arrival of the Europeans in giant ships at the frontiers of our shores had a way of conducting business. It was called the barter system of trade where if I had some item of value and you wanted it you needed to as a matter of fact offer me something of equal significance that I needed. The exchange was the barter system of trade. Nobody felt cheated.

In fact when they arrived without an ounce idea of how to communicate with our people, they turned to speak the only language our people back then understood which was none other than the barter system of trade. They exchanged gunpowder and tobacco pods amongst others with our gold. There, the genesis of our fall and tragedy begun. They found us with our bow and arrows as weaponry which our people mastered the archery and substituted with guns telling us our bow and arrow was inferior. They found us. No! For want of a better phrase I’d use they met us since we were never lost. We were home. So they met us with our hoes and cutlasses with which we farmed to feed our large families and never did we lack food such that we have had to depend solely on importation.

Ironically, fast forward to this present day with all our modern technology and mechanized agricultural practices, we still have had to rely heavily on western importations to feed our African nations. That, African leaders lost sight of the fact that it is through the unification of African countries does Africa stand a chance of progress unceasingly, gags me. When African leaders talk about Africa beyond aid yet are heavily indebted to the west, I find it laughable and spine-tingling.

How can Africa be free when she’s still a slave to her colonial masters who determine the terms of trade and credit . They seem to arm-twist Africans in deadly contracts that heavily indebts their countries yet the leaders we have chosen to represent us smile gleefully whilst they append their signatories to such contract documents. We continue to import heavily without exporting as much and expect a rise of the African currency against major foreign currencies like the dollar and pound sterling? Basic economic fundamentals frowns on this because the returns and benefit of such importations are flown to other countries not ours. So much of our African currency in exchange for a little of the foreign currency hence inflation continues to be on the rise.

What’s astonishing is that you find many Africa women trading away their dignity walking almost naked and when they’re questioned they claim they’re free to choose to wear whatever they desire. Rather it is the agenda setting theory of the western media to project nudity as fashion so we gradually lose our cardinal principles upon which we pride ourselves as Africans. Another strange thing about the African youth I find is that you find them wearing their trousers below their buttocks exposing their underwear and swinging their bodies from left to right as if to say they’re practicing reflexes and yet this is what the western media teaches our youth to do intimating it as swagger.

The civil war of Liberia and the genocide of Rwanda brings me tears unabated when Africans turned on each other with a blood shed intention killing dozens and it was all about who was to run the country and you wonder why that is. Because greed has replaced the conscience of African patriotism that we see power and the capacity to serve our people as an opportunity to loot, create and share the National cake amongst a select-few whilst the majority sleep on empty stomach yet they too are deserving of a slice of the National cake.

When the patience of the majority becomes extinct, they’ll wipe their tears and take up arms to gang against the rich minority. Many African students have had opportunities to study abroad to learn the European ways. Sadly instead of coming home back to Africa to give back to society, they stay back in these foreign countries to contribute their quota of development to a Nation which is thousand decades ahead of Africa whilst Africa continues to lag behind like a wounded dog limping on one leg. In the area of education our generation sit in dilapidated structures and some even under trees yet we claim to have arrested free education by the balls. A case of committing an arithmetic blunder jumping from 10 to 100 Thus equating ten to one hundred.

Without tackling the weak fundamentals of a building, nothing will hold when it is exposed to the gale. We’ve got doctors and nurses yet all great surgical procedures are done abroad if one is fortunate enough to have come from a certain social class that can afford such rare opportunities to catch a glimpse of second chance to life. Our engineers cannot construct roads and you wonder why our African students continue to major in engineering at our African Universities. The Chinese have taken over whilst we fold our arms and watch agape. The effects of global warming are dire and its said that when the last tree dies, the last man dies yet we’ve got the Chinese parading our forest zones as if it were theirs and cutting down our timber and transporting it back to China willy-nilly and illegally whilst some greedy unpatriotic Africans aid them evade the authorities.

As if that is not enough they pollute our water bodies with their illegal mining activities and yet it is the sons and daughters of our Africa who aid them. And even when we do apprehend them, we extradite them back to their countries without making them stand trial to serve as a deterrent to others. The case of Aisha Yuane of China. Alias the Queen of Galamsey in Ghana. The University of mines was established in the year 2004 in Ghana and till date we’ve been unable to train graduates to mine our oil. Instead it is foreign nationals who mine our oil and continues to short-change us whilst our elected leaders in power seem unperturbed by such miscreants.

The African mindset is accursed to disregard, abandon and downplay the standard of anything African. You find that we’ve started to assemble/ produce cars yet we’ll still consider it inferior to the European standard treating ours like a virus that must be avoided at all cost. Until the African is able to appreciate and be able to stand the western supremacist and be able to look them in the eye and say no! This contract is substandard for me and my people so I shan’t append my signature. Until African unions become independent of the west and are able to trade amongst themselves freely to be able to make an impact in the global market to determine world prices for themselves instead of the hypocrisy we are witnessing today.

That when one country raises its price for its gold, cocoa, timber or bauxite you find another reducing its prices selling off their chunks whilst leaving the other country burdened with such resources. In basic economics the law of demand and supply states that . “The higher the price the lower the demand and vice versa.” Cetrisparabus. My name is Abdul Rafiq and this was my take on the curse of Africa.