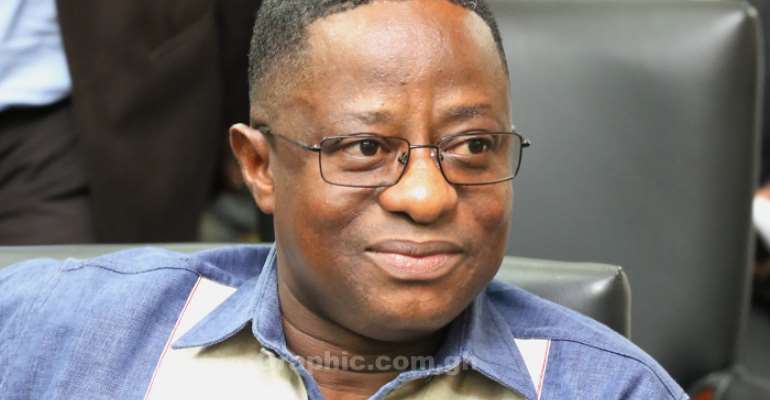 Government’s new policy to accelerate growth in the oil and gas sector to help it meet its target of half a million barrels of oil per day may be derailed by some unfavorable factors confronting the sector.

This is as a result of a strategic legislative review which government has commissioned for the oil and gas industry. The review process which has begun with stakeholders and industry players seeks to examine the prospects of meeting government’s target.

Energy Minister, John Peter Amewu, at the First Stakeholders meeting in Accra indicated that government had identified lack of accurate and reliable data on Ghana's oil fields among others as it weaknesses which continue to hamper the prospects of the country to attract adequate capital to develop the oil fields.

“As a country and as a Ministry, we continue to face fiscal challenges and risk to the oil industry. Our basins as we are all aware, are largely not completely de-risked. Significant data gabs and low data quality still exists. And many companies continue to cite our fiscal regime as a disincentive to attract global fund and capital for investment,” he said.

According to the Minister, the low interest shown in the last bidding rounds for the nation’s oil blocks is a testimony to the fact that all is not well with the sector.

“The recent results for our first licensing round, although not satisfactory in terms of the response rate, has confirmed the fears about developing the industry and the risks associated with the frontier area,” he stressed.

The Finance Minister, Honourable Ken Ofori-Atta, who recently led a government delegation to Oslo, Norway, announced to investors that overall crude oil production from Ghana was expected to more than double over the next four years.

Addressing the meeting of 20 key international companies, Hon. Ofori-Atta, stated that Ghana has re-asserted herself strongly as a key destination for petro-chemical industry players.